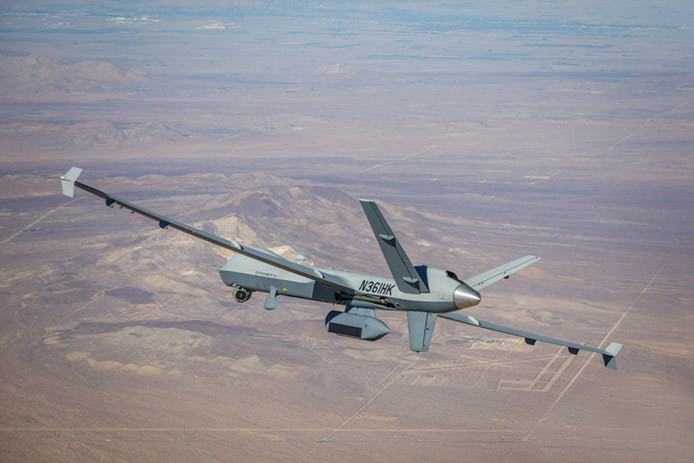 
"Advanced radar detection system" is an electronic intelligence system that collects enemy radar information. Its core is a digital passive electronic intelligence sensor. The system is powerful and does not depend on a specific platform. It can be used in a pod or built-in form, equipped with a man-machine , UAVs and other ground and sea platforms.

The system can autonomously scan the radiation source across the entire electromagnetic spectrum without operator input, but the operator can also control the system as needed. A large amount of intelligence data can be continuously saved to a solid-state recorder, and then uploaded for post-mission analysis; or interconnected with the downlink of the aircraft on board to transmit the intelligence data to the ground control station in real time. After analysis, this information will be included in the military's threat database. In 2019, the system was installed on the UAV MQ-9 Reaper of General Atomic Aviation Systems for testing.

The firmware and software of the "Advanced Radar Detection System" can be easily upgraded to add new detection algorithms and strategies. The system is based on many years of experience in the "Transmitter Positioning System" (ELS) of the German and Italian Air Force "Guangfeng" electronic warfare aircraft. Compared with the traditional "Transmitter Positioning System", the "Advanced Radar Detection System" adopts the latest Its digital components greatly reduce the hardware size; it is also a so-called "software-defined receiver", which means that it can be upgraded through fast and simple software updates, rather than time-consuming complete hardware refurbishment.

The computer processor of the system is a commercial off-the-shelf and is readily available. Raytheon Germany has used similar components to maintain the "Guangfeng" digital "transmitter positioning system" for more than 20 years, which can also ensure that the adjustment cost of the "advanced radar detection system" is very low.

The FLY-380 UAV platform is equipped with industrial-grade vertical take-off and landing fixed-wing flight control and navigation system, as well as professional aerial aerial survey and inspection ground station software. It can ensure that the drone can fly autonomously throughout the process, without operator intervention to complete the autonomous take-off and flight status. In the flight phase of conversion, autonomous cruise, and autonomous landing, it also supports automatic route planning for 1000 waypoints and emergency standby plan for 100 waypoints.