It supports the dynamic joining and exiting of members in the cluster, which meets the cooperative communication requirements of large-scale and highly dynamic drone clusters, and is also suitable for solving network communications in various complex and special environments. solution:


1. Mobile command (convoy communication on the move) solution Communication during convoy movement is a basic requirement for troops to operate and train. Whether it is combat troop maneuver or material transportation, commanders need to know and grasp the convoy's progress in real time. The self-organizing network equipment can support the dynamic networking of vehicles on the move, and can adapt to the mobile communication of the fleet in complex terrain conditions such as cities and mountainous areas. It can support the fleet's driving situation, teleconferencing, video conferencing, shared electronic whiteboard and other multimedia command and dispatch functions.

2. The self-organizing network equipment of the unit special warfare scheme is applied in the team special warfare scene, which can realize the interconnection and intercommunication of information among team members, and is used to realize the transmission and sharing of voice communication, video information, location information, reconnaissance and situation information within the team , It is convenient for team members to know the location of other members, the situation of the enemy and the enemy in real time, communicate information and issue instructions in real time. 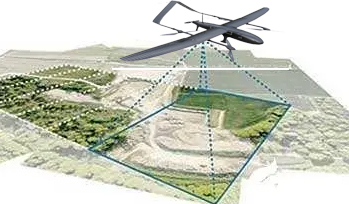