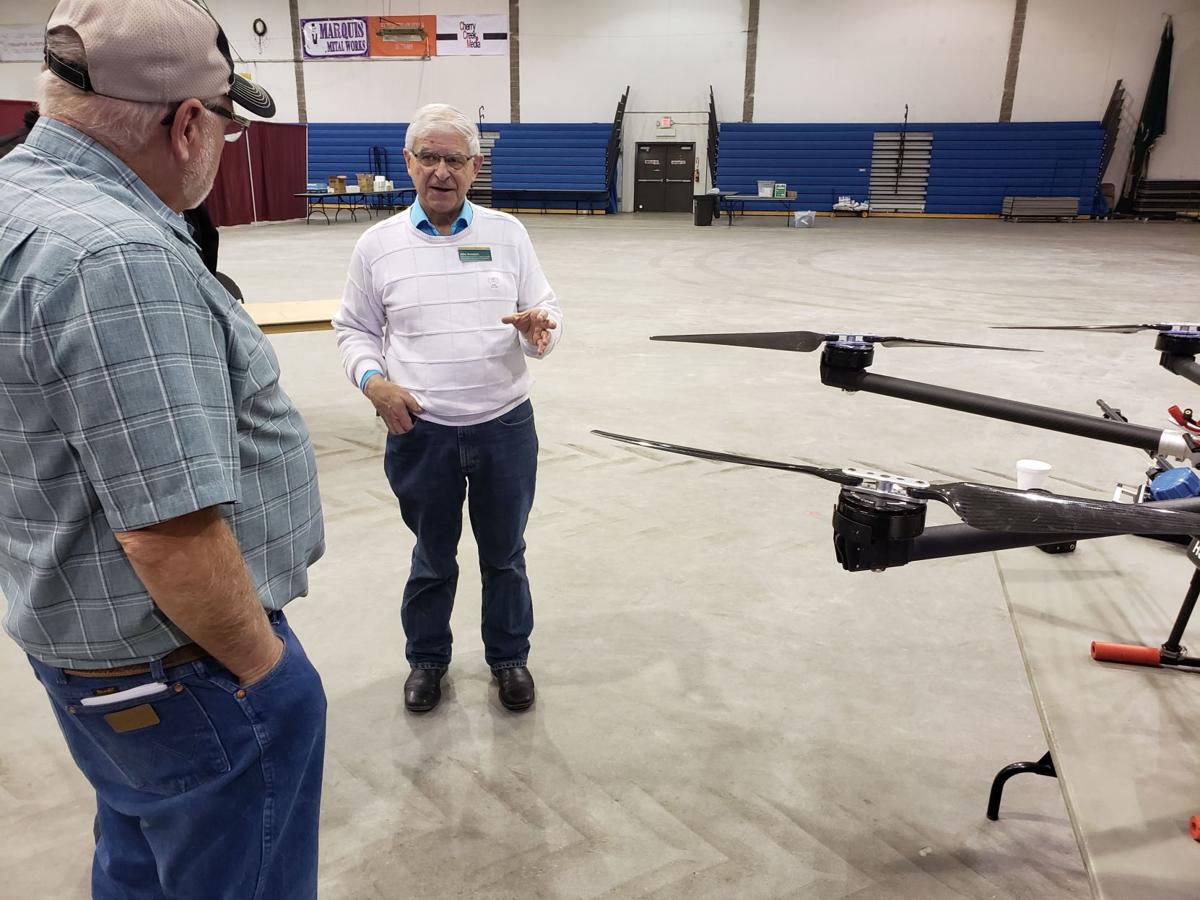 NDSU Extension Agricultural Machinery Specialist John Nowatzki remembers when a simple hoe was the primary weed control implement. It was common then to see maybe a half dozen people in any given sugar beet field, beating back weeds with a hoe.

“For the last 25 years, no one has been in the fields,” Nowatzki said.

Crops like Roundup ready beets helped eliminate that kind of back-breaking labor. But the rise of resistant weeds threatens to bring it back.

Drones might be able to help, Nowatzki thinks. He was among a slate of speakers at the 66th Annual Hard Spring Wheat Show in Williston to talk about drones and precision agriculture.

Among projects he’s been working on is one to see if drones can detect herbicide resistant weeds in the field, using thermal images.

Weeds that are affected by herbicides lose water and get cooked by the sun. Their temperature is on average 5 degrees higher than herbicide resistant weeds. If drones can zero in on the resistant weeds, then a producer would know where in the field a different mode of action — mechanical or otherwise — is needed. That might not eliminate the need for a hoe, but it could help target the effort where it is needed most.

“Of all the things we are doing as far as (drone) research, this is probably the most important,” he said.

Among recent projects, for example, a graduate student used drones to identify leafy spurge in pasture land and purple loosestrife on public rights of way, making a map of exactly where the weeds needed to be sprayed.

Drones used for businesses have a number of rules that govern their operation, and that includes farmers and ranchers. Nowatzki urged producers at the wheat show who want to use drones to be aware of and follow those rules.

“You have way too much invested not to follow the rules,” he said. “If you took even one of these small drones and hurt someone, it would be a lawsuit,” he said. “And I’m sure if you’re not registered and not doing it right, you’ll probably lose.”

Among these rules, drones for commercial use need to be under 55 pounds, or require special permission from the FAA for operation.

Secondly, drones have to remain within visual line of site.

“That one is a big restriction for farmers using drones today,” Nowatzki acknowledged. “Most farmers, let’s face it, are spread over 25 miles.”

Nowatzki believes that rule will change with time, but meanwhile, the state is hoping to set up radar at all the North Dakota Agricultural Weather Network sites, so that drones can be monitored for flights beyond visual line of sight across the state.

Other rules include daylight use, unless granted special permission, and the weather needs to be clear enough to see at least 3 miles. Operators are supposed to get a remote pilot certification, and need to do a preflight inspection.

An operator may fly only one drone at a time, no higher than 400 feet. Manned aircraft, meanwhile, are supposed to be above 500 feet, unless taking off, landing, or spraying a crop.

Drones can be used to do stand counts, as well as monitor cattle, water or other situations from a distance.

Nowatzki recommends those interested in drones for their operations start with something small, so they can practice with it and get accustomed to flying it before trying a more expensive model. Inexpensive models run from $500 to $2,000.

Down the line, Nowatzki foresees many more applications for drones on the farm or ranch, particularly once it is possible to fly them beyond visual line of sight and imaging gets faster and less expensive.

He was recently visiting with a crop insurer which had 35 people walking fields to adjust for crops.

“They had purchased one of these Phantom UAV for every one of them, to increase efficiency,” Nowatzki said.

Meanwhile, NDSU has recently begun a precision agriculture major and Nowatzki believes job opportunities for that program will be excellent.

Precision agriculture is more than just drones, he added. It includes things like virtual fencing, nozzle control on sprayers, soil data, and more.