How to use drones to protect Vineyards 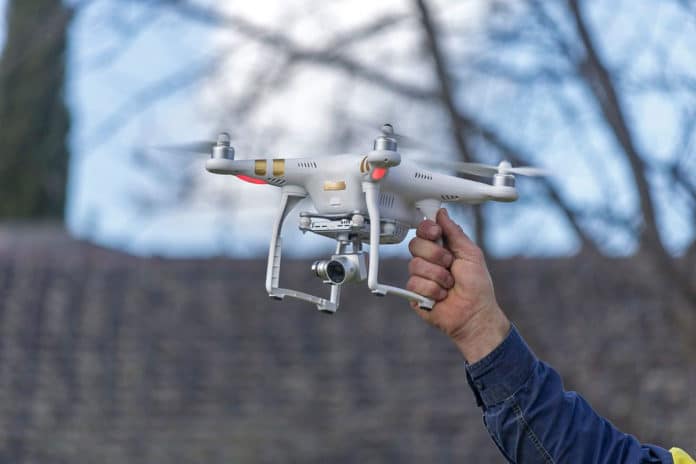 Aerial drones are expected to help Washington farmers to regain some of $80 million a year they lose due to birds activities.

Manoj Karkee, an associate professor at WSU’s Agricultural Automation and Robotics Lab, and colleagues’ found more than 300 % reduction in bird activities because of aerial drones.

“Bird damage to crops has always been a problem,” Karkee said. “Drones are becoming more practical as the technology for them develops.”

Experiment conducted by team in a vineyard at the Olsen Bros Ranches Inc. in Prosser where dji phantom 3 agriculture drone was used to monitor the vineyard and deter incoming birds. The drone used multiple deterrence methods such as playing bird distress calls and reflecting light into the eyes of its winged opponents via reflective propellers. The drone’s most effective deterrence method turned out to be using distress calls in its flight path.

The present battery power of drone allows it to fly for 2 hours/day with 15-minute interval where lots of work needed to be done.

“We have a sufficient amount of data to show the effectiveness of the drone,” Karkee said. “Our next step is to have a sensing system to detect where birds are and put that data into flight patterns for drones to automatically intercept.”