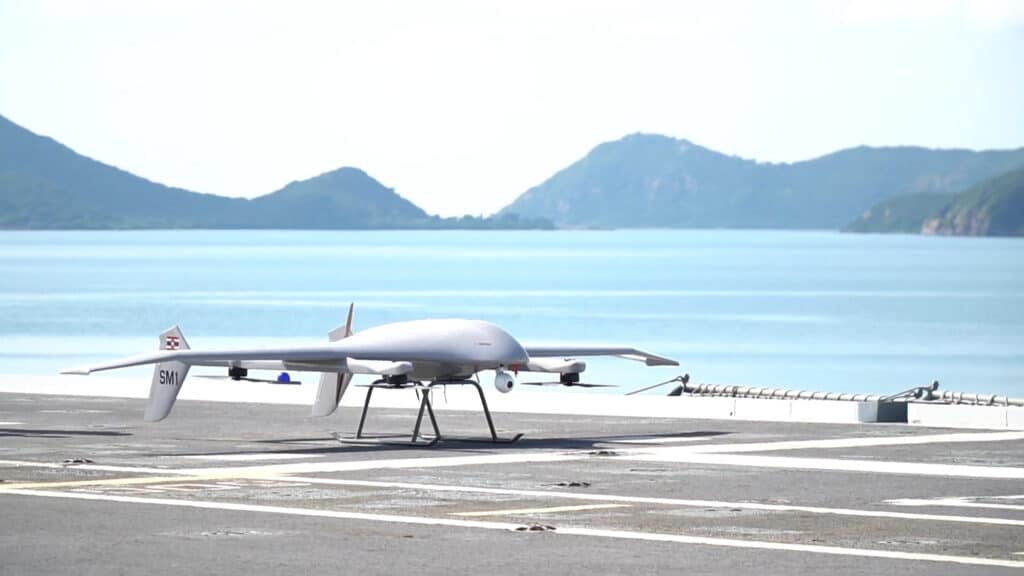 
MARCUS-B is a fixed-wing unmanned aerial vehicle (UAV), which can be operated anywhere. It is 2.5 meters long and has a wingspan of 4.3 meters. It has a take-off weight of 45 kg and a payload capacity of more than 10 kg. The new UAV can fly at a speed of 72 KM/H when fully loaded, with a flight radius of about 160-180 kilometers.

MARCUS-B is powered by a 60 Ah battery and can fly for about two hours. It can be used for large naval vessels such as frigates, amphibious assault ships and aircraft carriers.

PREVIOUS：Electric VTOL aircraft for the private pilot NEXT：Is it a transformer? Is it a bird? No it's a vertical take-off and landing drone