According to Indian media "YourStory" a few days ago, Indian private company Vinveli (Vinveli) launched a small armed drone called "Vero", which can carry two 40mm caliber grenade launch It has a maximum flight distance of up to 10 kilometers, and will be delivered to the Indian NSG Special Forces (full name: Indian Homeland Security Special Operations Force) soon. The report pointed out that, including weapons, the entire "Vero" UAV system was designed by a local Indian contractor.


The "Vero" drone carrying a 40mm grenade launcher reported that since 2016, Wenweili has been trying to manufacture and supply drones for Indian special forces. According to the company’s founder and chairman Gokul Anandayuvaraj, it has previously received a request to manufacture drones for Indian special forces and has since cooperated with relevant parties. , In order to understand its needs, so as to provide solutions to related problems.

India’s NSG Special Forces Data Map According to reports, the testing and evaluation of the “Vero” UAV has been completed. The NSG Special Forces and the Central Reserve Police Force (CRPF) under the Indian Ministry of the Interior have signed an order. At the same time, the Indian Ministry of Defense is also considering the procurement of the drone. Venville pointed out that "Vero" drones "can save lives on the battlefield" because this type of equipment will precede the commandos and destroy the enemy. It also emphasized that the grenade launcher and control system used by the "Vero" UAV were developed and designed by local Indian companies, and the raw materials used during manufacturing were also produced in India. The "Vero" drone for public display, but the report did not disclose whether it can change the weapon configuration. According to Gokul, the cost of the "Vero" drone will be between US$10,000 depending on the configuration. To more than US$100,000, the price of the agricultural version with the lowest configuration is also the lowest, while the price of the version with advanced sensors and navigation systems is more than US$100,000. The report pointed out that with the introduction of the "Prohibited Weapons Import List", India-made drones such as "Vero" will have more

opportunities. But Gokul did not forget to emphasize that even if there are other Indian companies that manufacture drones, his Wenweili company still has no direct competitors, because the drones it has developed have been weaponized and passed. In combat testing, in contrast, drones developed by other local companies "only have a flying camera" at best. He also said that as the Indian Ministry of Defense is about to inject large amounts of funds into local equipment projects, it is expected that Wenweili will receive orders from the Indian military in the future.


According to a report from India’s “Strategic Frontier” website, from the configuration point of view, the “Vero” drone can carry two 40mm grenade launchers that can launch a variety of ammunition, and is equipped with two flying cameras. The aircraft has an effective control distance of 10 kilometers, can fly continuously for up to 40 minutes, and has a wind resistance rating of 6 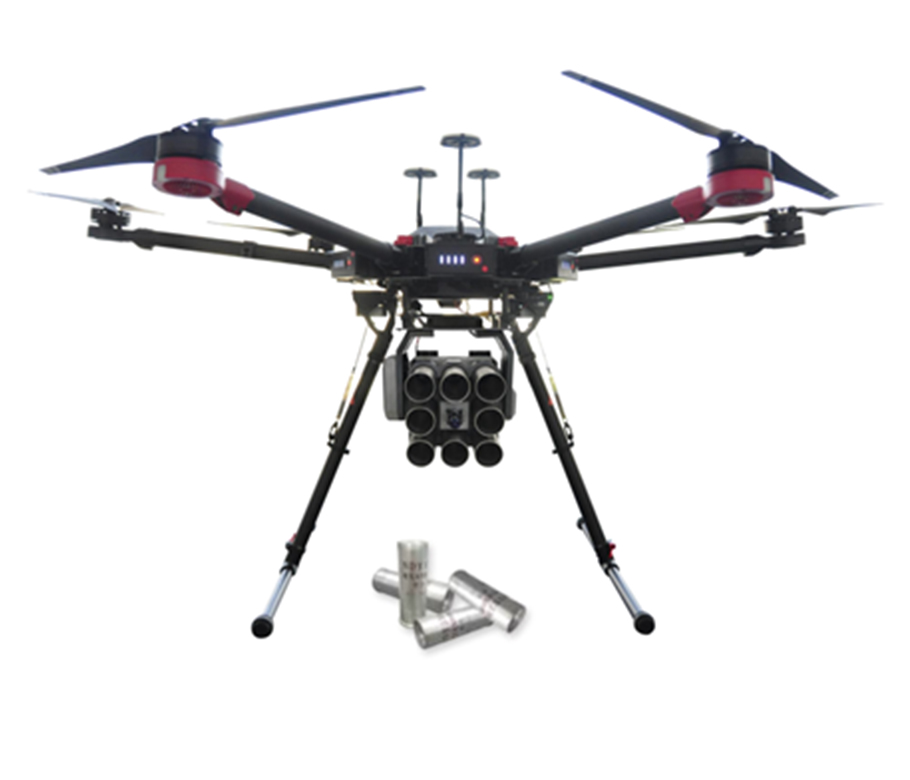