How technology is changing our farming

In the clear winter sky above Central Otago, a drone follows a fenceline up a hill.

Two years ago Kawarau Station owner Jon Anderson invested in the drone, using it to check fences during heavy snowfalls. Doing this on foot was time-consuming and heavy on manpower, and the drone could do it in a matter of minutes, he says.

Back at the homestead, Anderson watches the images sent back by the drone on a laptop at the kitchen table, searching for breaches and damage to the fenceline. He also views the peripheries for sheep that are cast or having difficulties lambing.

He says the drone has become invaluable to managing his 10,000-hectare property.

Anderson is just one of many farmers in New Zealand who has embraced modern technology to make farming their properties more productive and more environmentally sustainable.


The future of farming technology

The United Nations (UN) estimates a global rise in 2 billion people to 9 billion by 2050 when agricultural consumption is likely to be 60 per cent higher than it was in 2005. Feeding this growing population will be a monumental challenge",  To cope with population increase, agriculture must become smarter and less wasteful. 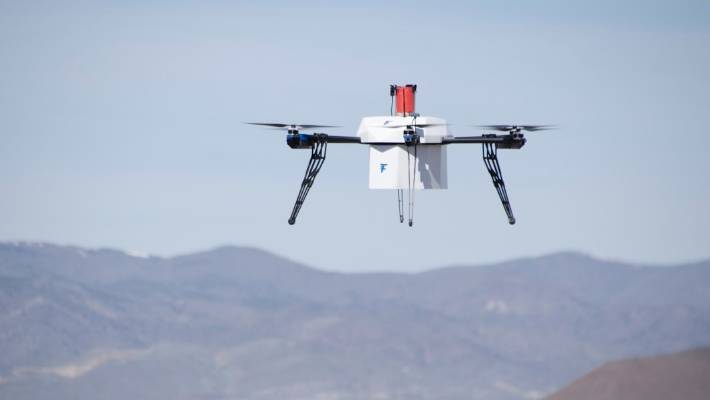 Precision farming was started in the mid-80s, born out of the military, aviation and space technologies. It involves the use of technology to allow a targeted application of water and nutrients to match what the crop needs. Farmers can be more specific about the quantities of fertilisers and water used, to allow just the right growth to optimise farm productivity.


Agriculture continues to be one of the largest consumers of fresh water on the planet, so how do we grow more to feed more mouths and do it with less nitrogen, less water and fewer inputs in general? Enhancing efficiencies is one of the significant goals of precision agriculture."
Precision farming in New Zealand

He bought a drone fitted with a multi-spectral camera that can tell him about the quality, cover and biomass of his pasture.

"We have three years' worth of data which show that no water has gone past the root zone during the growing season in that time."

That means no nitrates or phosphates are leaching from the land, he says.

"Some of the neighbours use twice the water that we do."

Mackenzie still sprays—plant-growth regulators, trace elements, fungicides—but the doses of each are tailored in real time to the needs of each square metre of ground, informed by an array of vegetative index sensors and a Trimble GPS unit aboard his sprayer.

He says the benefits from precision agriculture are huge, but like anything, it has to be done right.

"The critical thing for us is around environmental sustainability, and that is good for the bottom line generally, so it is not hard to get those benefits."

PREVIOUS：How does drones to boost agricultural production and food security NEXT：How are Drones using in Viticulture?