Drones in the Air and Sensors in the Ground: How Israeli Farmers Plan to Feed Billions

In order to increase output in food production, Israeli farming is adding new innovations to its current list of drip irrigation and cherry tomatoes ■ In 2017, $182 million went into the field in Israel - so how is this related to weapons production? 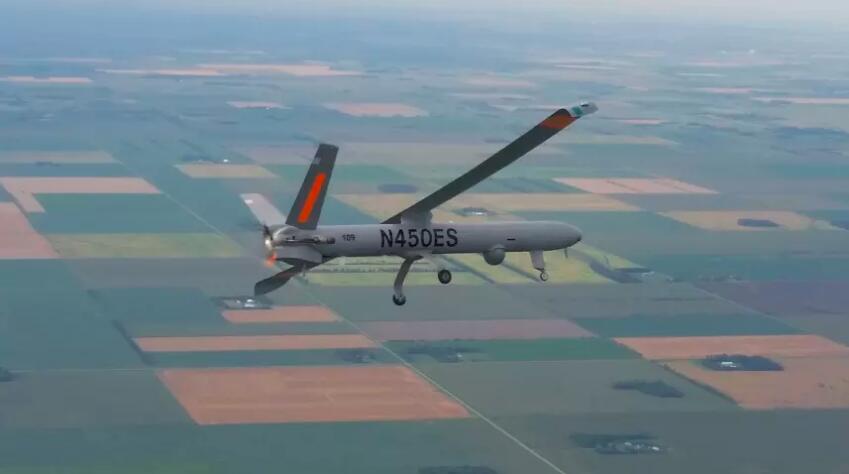 The race never ends. The number of people in the world is growing rapidly, thus agriculture is constantly trying to improve to feed all those mouths. In the 20th and early 21st centuries the attempts have been successful, if barely. Thanks to sophisticated fertilization, advanced irrigation and pest control, humankind has managed to avert an agricultural crisis.

Now we seem to be confronting a new challenge. According to a UN report published last month, by 2050 global warming is expected to rack agricultural yields in densely populated regions such as West Africa and India, where yields are expected to decline 2.9% and 2.6%, respectively. Meanwhile, according to a 2016 UN report, agricultural production will have to increase by about 70% by 2050 to feed another 2.3 billion people.

This challenge hasn’t been lost on Israeli entrepreneurs; in Israel there are about 530 technology companies focusing on agriculture. Israel’s agricultural sector has its origins in the kibbutz movement, but 58% of all active agritech companies were established only about a decade ago, and 40% in the past five years.

Thus this is a young industry in the Israeli startup scene; about 400 of these outfits employ fewer than 50 workers. “The main problem is that this industry has to prove itself, because it’s new,” says Dikla Montekio Malter, a partner at GreenSoil Investments, which focuses on Israeli agritech and manages about $40 million In Israel.

She says this sector is still growing, though more slowly than the other branches of Israel’s startup powerhouse. “Unlike the speed of the cybersecurity industry, these are things that take time,” she says, referring to the vagaries of agriculture.

Still, the Israeli companies aren’t lagging; around the world last year, 7% of all transactions in high-tech agriculture were partnerships with Israeli startups.

An agritech veteran is Evogene, which was founded in 2001. But the company, which specializes in the genetic engineering of plants, only recently joined the trend of precision agriculture.

“The challenges haven’t changed, but the tools for dealing with them have,” says Evogene CEO Ofer Haviv. “Think about the field as a factory: You want maximum control over production, but in agriculture it’s dunams of crops. These aren’t only working machines, they’re plants, living creatures that are constantly changing and reacting to their environment. Knowing what’s happening at any given moment is a difficult task.”

Haviv says the trend is changing thanks to technology that was developed in recent years. “Today sensors in the field can send messages about the amount of water, light and fertilizers, and every day drones circle and photograph the field in high resolution,” he says. “All that is channeled to a central computer that analyzes the data.”

As Haviv puts it, “It’s a kind of field hospital. It’s a hospital that flies from one plant to the next, gathers information about the patients and sends it to a monitoring center for analysis. For example, the system is capable of recognizing that a specific disease is developing, and will then spray pesticides in a specific spot, not over the entire field. We can see that in a certain area there’s a shortage of fertilizer and increase the amount.”

Through the Phenomics Consortium, sponsored by the Israel Innovation Authority, Evogene cooperates with other players in the industry and the academic world to improve its technology, including Ben-Gurion University of the Negev, the Technion technology institute, the University of Haifa, and the companies Rahan Meristem and Elbit Systems.

This may seem a strange industry for a defense contractor like Elbit Systems, but Shuki Yehuda, the company’s chief technology officer, says Elbit’s capabilities are made to order for precision agriculture.

The company combines sensors, data analysis and drones to contribute to the consortium. “We altered a drone for civilian flight and installed electro-optical indexes,” Yehuda says. “We collect the data it gathers and draw a map that updates the farmers about their crops.”

Yehuda says Elbit Systems is the only company in the world that surveys agricultural plots with hyperspectral sensors, which absorb information from the entire electromagnetic spectrum. He says that in this way one can know, for example, how many chemicals a plant contains.

“We use methods that weren’t feasible until recently, and this data is being gathered for the first time in a consortium,” Yehuda says. “Today we can test the leaf and estimate precisely the amount of water and photosynthesis.”

But Yehuda predicts that at least at first, the changing trend won’t lead to lower prices. “I think that as in every such revolution, it begins at a premium; for example, improving the growing of grapes,” he says. “During the initial stage, we’ll want to improve the level of the grape to produce a better wine, and to charge a higher price for it.”

But he believes that eventually the economics will improve. “That will lead in the end to a significant reduction in prices,” he says. “We’ll save on manpower, fertilizer, water and land, and increase production.”

Elbit is testing the technology outside Israel as well. At present Elbit’s Hermes 450 drones – which are used by the Israel Defense Forces – are taking off from the runway of Casselton, North Dakota. Over the course of an hour, the company films 160 square kilometers (62 square miles) from a height of 3 kilometers (1.9 miles) in order to sell U.S. farmers information about their fields.

“What we’re doing is creating databases that will make it possible to analyze data as a function of time. For example, wheat and grapes are annual crops, and every year their level of exposure to the sun and the amount of rainfall change,” Yehuda says.

The government’s consortium initiative was launched in the past year and is expected to end in another two years. It has a budget of 60 million shekels ($16.5 million).

That’s a modest sum, considering that Aviv Zeevi, director of technological infrastructure at the Innovation Authority, says there are still plenty of challenges. “For example, when you grow tomatoes, the leaves conceal part of the fruit, which makes it hard for us to know the size of each tomato,” he says. “We have to solve that with algorithms.”

Zeevi says the Innovation Authority consortium isn’t the only group working in precision agriculture. In 2015, about 500 U.S. companies raised $5 billion for investment in the industry. A key player in the market is tractor maker John Deere, which last year paid $300 million to acquire the California-based startup Blue River Technology, which specializes in automation for farmers’ fields.

“We didn’t invent anything that’s completely nonexistent,” Zeevi says. “But we’re trying to develop a better and cheaper system than our competitors. It’s not easy for defense firms like Elbit to enter this new field.” Zeevi predicts that one day precision agriculture will become the default choice.

“It won’t be possible not to use precision agriculture; it makes it possible to germinate more grains of corn,” he says. “If you don’t use the right species and the right technology, you’ll have fewer grains, and your yield won’t be able to compete.”

A rising star in Israeli agritech is Prospera, which was founded in 2014. The startup’s system analyzes data from irrigation systems, sensors in the ground, satellite photos and the weather. It thereby helps farmers maintain existing yields, predict problems, make decisions in real time and increase production. The company so far has raised about $24 million and employs about 50 people.

Another company that offers a bird’s-eye solution is Taranis, which since its establishment in 2013 has raised about $10 million. Ofir Schlam, the CEO and co-founder, says that usually, when Taranis demonstrates its services to farmers in their fields, “they’re amazed at a picture of a beetle chewing on a leaf and ask, ‘Wait a second, was that taken from a plane?’ They then call all their workers to come over and take a look.”

Taranis has developed three patents that make it possible to fly 200 kilometers per hour above agricultural areas and take pictures at a resolution of half a millimeter per pixel. “It would take an agronomist an entire day to walk through the field and document it, while we’re capable of doing it in a few minutes,” Schlam says.

His company provides farmers with equipment installed on aircraft used for fertilization and pest control. As Schlam puts it, “Farmers are currently losing about 40% of their crop due to diseases, parasites and weeds.”

To deal with pests effectively, Taranis developed a system that enables drones and planes to fly low at high speed “and at the moment of filming, when the shutter is open, to keep track of the focal point while calculating the acceleration, angles and amount of light,” Schlam says.

After the field is filmed, the information is sent to Taranis’ servers, which give the farmer a detailed report within 24 hours. Schlam says that with artificial-intelligence software and an in-depth study that was developed with the help of 50 agronomists, every insect and parasite can be identified.

Not all precision-agriculture firms are involved in increasing yields and killing pests. FruitSpec, which was only founded in 2016, aims to predict the number of fruits (or vegetables) that will eventually ripen in a field.

“Today, nobody knows how many fruits there are in an orchard until they’re picked,” says CEO Raviv Kula. “But stores and supermarkets make decisions important to farmers based on the yield. After all, if there are too many fruits, their price falls.”

The challenge, Kula says, is to separate the green fruits, which haven’t yet ripened, from the leaves of the tree. Unlike many companies in the sector, FruitSpec decided not to use drones for that purpose.

“Drones won’t work in an orchard environment,” Kula says. “Receptors that survey the orchard from above won’t be able to see fruit hanging on trees’ interior sides.”

Instead of aircraft, FruitSpec offers a motorized device that patrols an orchard’s rows and measures the size of the fruit.