How Drone Technology Is Bringing Environmental Benefits To Farms

Whist we mostly take it for granted, we depend on the farming industry for the food we eat, and therefore for our very survival. A vast proportion of the earth’s land mass is farmland, and farming provides a livelihood for many, with around 300,000 people employed in agriculture in the UK alone. Geographically, environmentally, and economically, farming’s contribution to our society, culture and surroundings cannot be overstated.

Inevitably, though, farming can have an impact on the environment, given the industry’s reliance on natural resources, and this is the source of much heated debate among environmentalists and the wider public. Whilst opponents of the farming sector might say otherwise, farmers generally are committed environmentalists and are constantly looking for best practice ideas to minimise any environmental issues. One area that is gaining a lot of attention in this regard is the use of drones within agriculture, with drone technology showing promising signs of making a real difference to the way the farming industry operates. 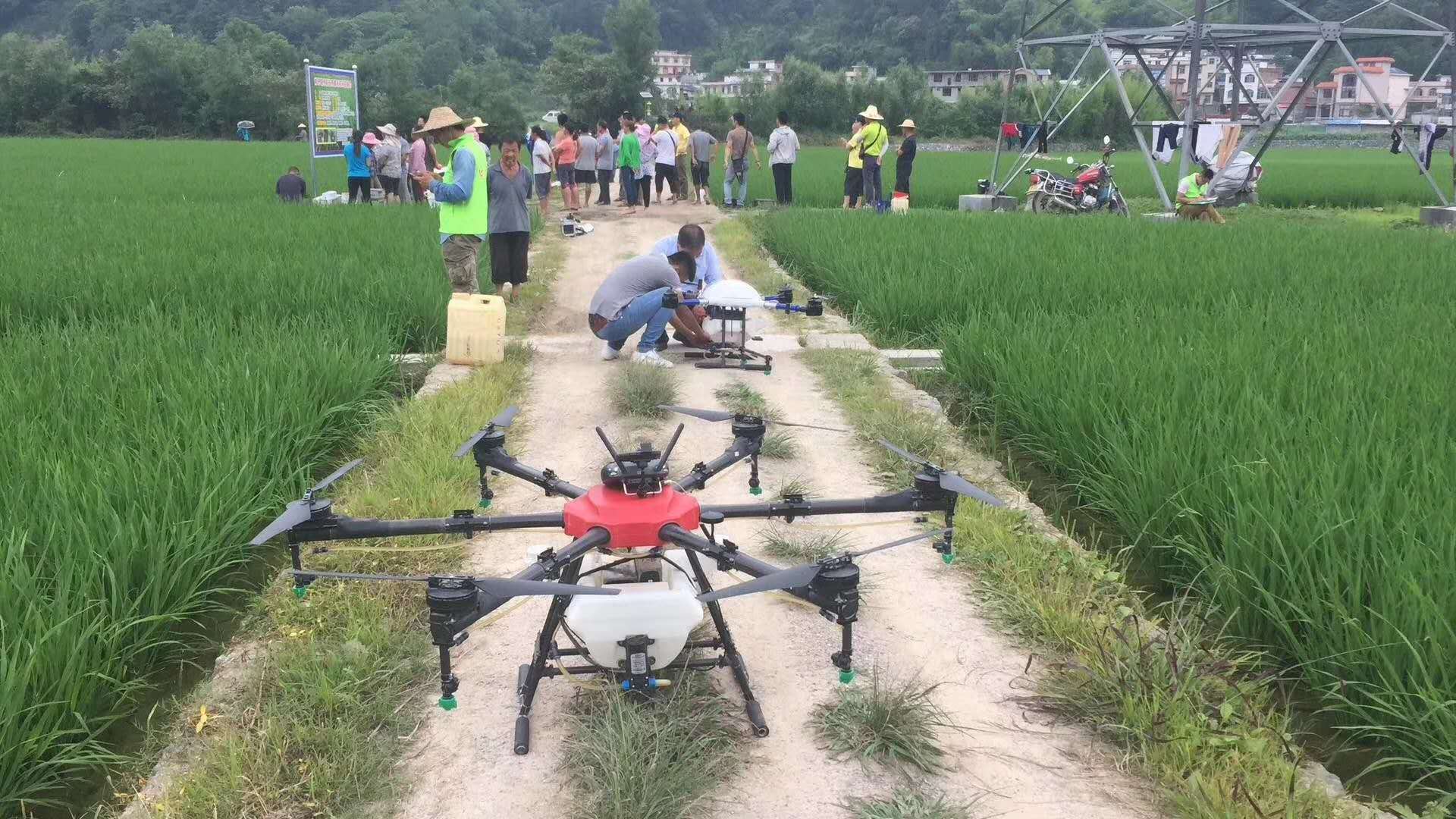 The use of drones has been something of a revolution for many in the farming industry, and it is rapidly changing the way farmers operate, across all types of farm. Whilst an investment in high-end drone equipment may be expensive, the opportunities for cost savings and environmental improvements make it a serious proposition. Rather than using tractors and quad bikes, which use petrol and produce harmful emissions, farmers are turning to drones, which use clean electricity.

A good example of agricultural drone use is Moscow’s Timiryazev State Agrarian University, which used a drone to survey wheat growing in a field. The survey results meant that the team could apply nitrogen fertiliser only to those parts of the crop that really needed it, which meant that 20% less nitrogen was needed. In the UK, farmers are already starting to use drones to monitor blackgrass in wheat, allowing them to locate problem areas within a crop and spot treat with herbicides.

Such pinpoint analysis of crops means that farmers are able to determine precisely what their crops need in terms of fertiliser, herbicides or pesticides, and to only apply chemicals in the quantities actually needed. Over-application of chemicals quickly becomes a thing of the past, and crop yields are improved, giving further environmental and economic benefits.

Drones aren’t just limited to aerial surveying within agriculture. Drone technology has progressed hugely in recent times, and drones are now capable of actually spraying crops. Again, the precision with which drones can be directed means that chemicals can be laser-targeted to the specific part of a field that needs treating, reducing chemical application to the absolute minimum. Since pollution caused by run-off from farmland is a real problem within agriculture, this precision application of chemicals is a welcome move.

Researchers in Denmark have recently used drone technology to reduce irrigation in barley crops. By mapping the crop in 25cm squares, drone analysis was able to pinpoint which parts of the crop were ripe, and therefore needed less water, and which areas still needed irrigation. With water usage a central concern amongst farmers and environmentalists, this is yet another way that drones can really make a difference, particularly in parts of the world where water scarcity is a major problem.

Drones also have an advantage over manned vehicles in areas of the world where the terrain, or even disease, makes it difficult to go to. In Kenya, for example, drones have been used to assess livestock affected by foot and mouth disease, and in other parts of Africa, they have proved effective at monitoring crop damage caused by wild animals, and also checking up on protected wildlife species. The possibilities for actually treating animals in the field, direct from a drone, are already being explored, and it seems only a matter of time before routine treatments can be administered to livestock in this way.

As yet, drones are not a familiar sight on all British farms, let alone on farms in less developed countries, but it would seem that it is only a matter of time before this is the case. Drones give operators an amazingly precise and in-depth analytical tool, with the ability to go anywhere, regardless of terrain or environmental constraints, and all within a matter of minutes. The depth of analysis that can be achieved using drones is enabling farmers to identify exactly which parts of their farms are healthy, spotting problems at the earliest possible stage, and sometimes even pre-empting issues entirely. The environmental benefits of this are obvious, and it is even hoped that drones will enable the farming industry to minimise the chances of major issues occurring, from diseases like foot and mouth, to massive crop failures or serious pollution incidents. Farming may not always be seen as a technology innovator, but when it comes to drones, the industry is very definitely leading the field.

PREVIOUS：Exploring agricultural drones: The future of farming is precision agriculture, mapping, and spraying NEXT：Eyes in the Sky: How Drones and Satellites can transform African Agriculture?