When AI Steers Tractors: How Farmers Are Using Drones And Data To Cut Costs 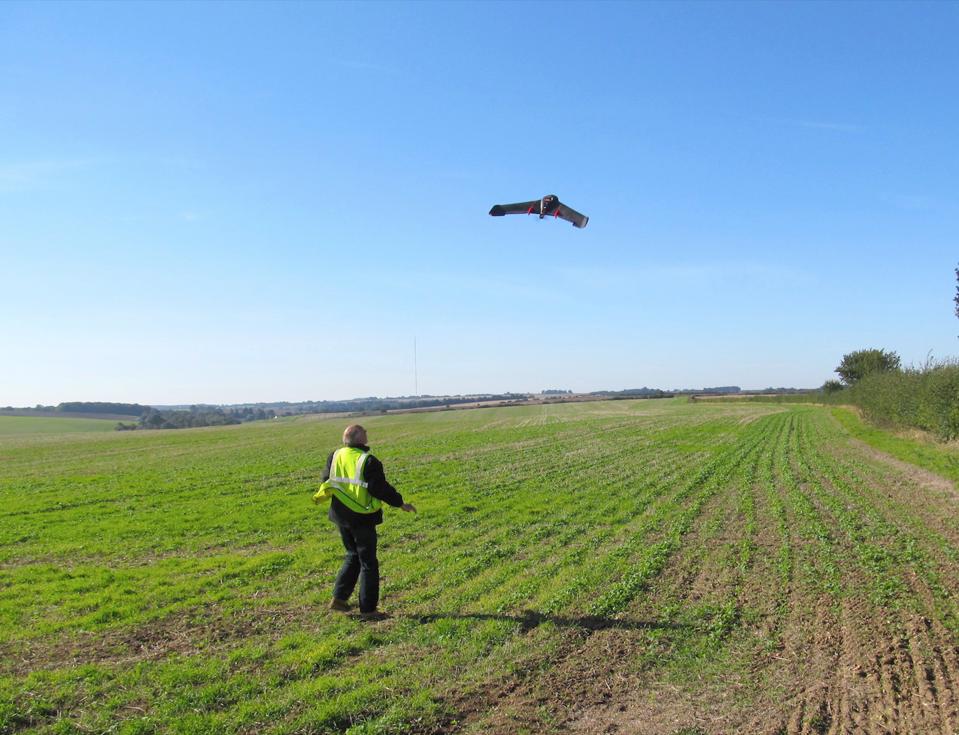 For thousands of years, farming involved making judgments about water, fertilizers or new seeds with the human eye. Today farmers are using machine-learning tools to boost their yields and help their bottom line.

One London-based agtech startup has spent the past two years building software that can scan a field and build a map for tractors and other farm machinery to follow, helping bring farming costs down.

Hummingbird Technologies, which has a staff of 40 and is on course to book $1.5 million in revenue for 2018, hires drone pilots to make detailed aerial photos of fields.

These photos can, depending on the quality of the camera, show detail down to a single blade of grass. The images are analyzed by Hummingbird's software, which counts the plants in a field, measures each one’s height, “canopy" coverage and leaf area, or scans the plants for early signs of disease.

Its software uses computer vision, a form of machine learning, to identify acres of weeds or chlorophyll concentrations more quickly than a single human could.

“We’re picking up readings that tell us about biomass, color, canopy vigor, chlorophyll, to infer how healthy the plant is ... in the same way a doctor would monitor the human body,” says Hummingbird’s founder, Will Wells, from the startup’s office on Soho Square in Central London. Such details are more difficult to obtain by satellite, he argues.

The service costs Hummingbird’s customers, who manage farms in the United Kingdom, Australia, Ukraine, Russia and Brazil, roughly £5-20 per hectare per a year, depending on the data they want to collect and utilize.

Hummingbird thinks it can get that price down if farmers start using their own drones. A decent drone that can spend an hour flying autonomously across a typical 500 hectares (about one-and-a-half times the size of New York's Central Park) might cost a farmer about $20,000, says Ed Plowman, chief scientific officer of Hummingbird. But the investment might be worth it.

With a 100-megapixel camera, farmers can photograph a field to half a centimeter per pixel. Hummingbird’s detection system needs drones to fly out every two weeks on average, but some crops, like potatoes, need more regular flying—every three days or so.  “Our secret sauce is in the imagery,” says Wells.

His business model is another example of the gradual step change from Big Data to artificial intelligence. Hummingbird doesn’t just collect a database of numbers but also translates them into decisions about how to irrigate or spray chemicals on a field of corn, potatoes or rapeseed.

Its platform sends those instructions to a farmer in the form of a “shapefile,” a file format with geolocation and topographical data that can be plugged directly into farm equipment with a USB flash drive. 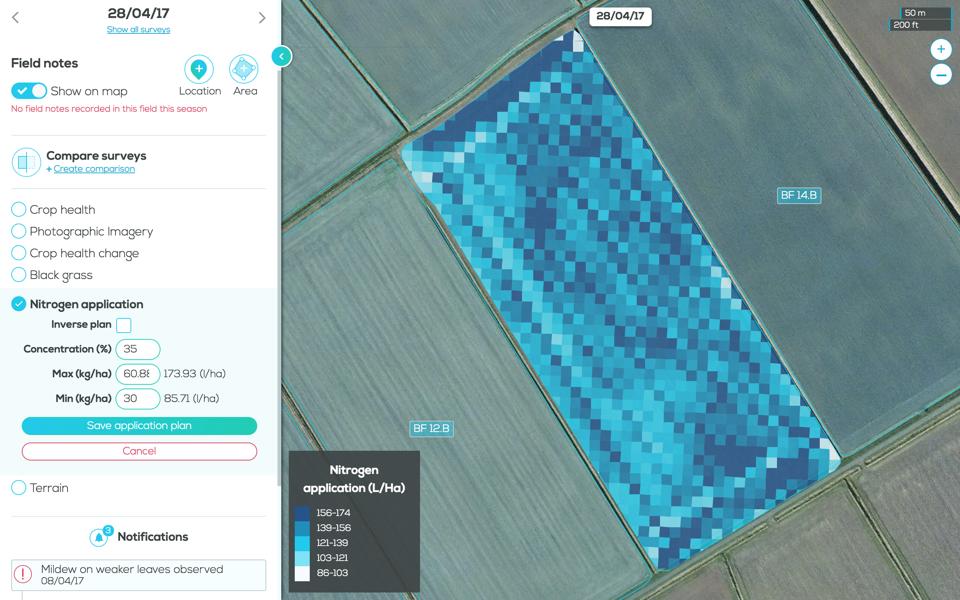 An example of a shapefile image produced by Hummingbird, showing a grid of 10-by-10 meter squares of nitrogen concentration on crops. IMAGE VIA HUMMINGBIRD TECHNOLOGIES

Farm tractors have been using GPS positioning for years, and the advancement has already allowed farmers to save tens of thousands of dollars annually on fuel, Wells says, adding that his software represents the next step in farming efficiency.

Wells, who grew up surrounded by farms in Dorset, England, got the idea for Hummingbird during his hospital visits to get treatment for cancer. He believes that image-recognition technology—similar to the kind Facebook uses to scan photos for tagging or that Apple uses to unlock the iPhone X—could support disease diagnosis in plants. Doctors are already using the technology to detect diseases in humans, using MRI scans for instance.

Plowman, the chief science officer, joined the company from British chip designer ARM, where he was head of machine learning. Hummingbird’s machine-learning technology is similar to the the ad-targeting software used to profile people and show them hyper-personalized advertisements online, he says. 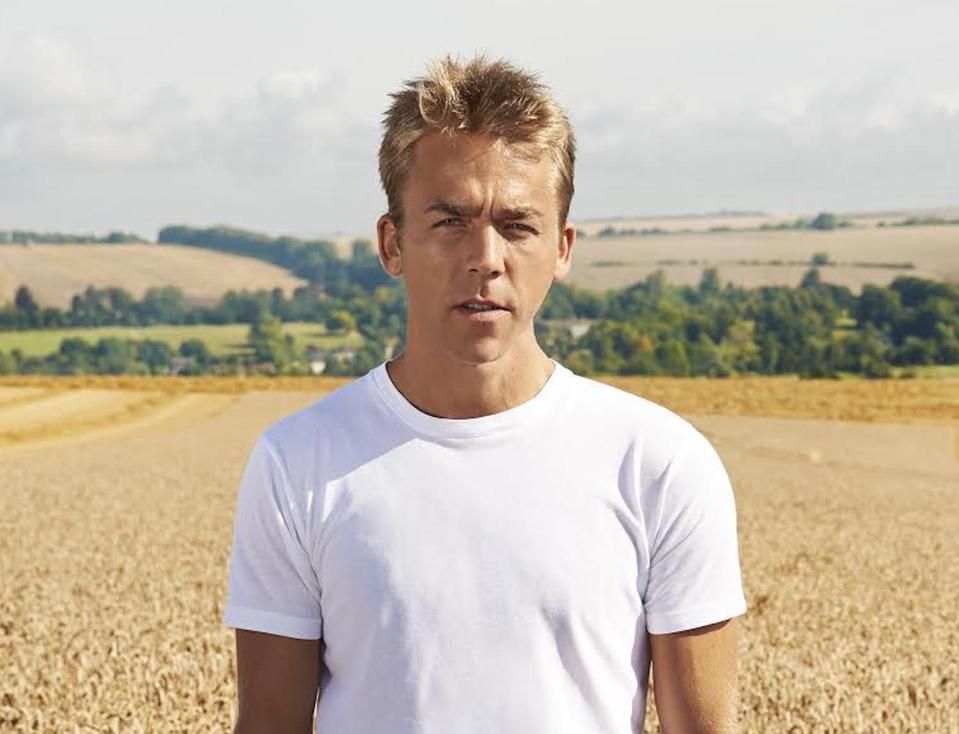 In the case of crops, Hummingbird is building a profile of a field, taking into account variables like the weather, soil and date, and creating a personalized instruction set.

The instructions, which look like a multicolored grid, tell a tractor how much fertilizer or water to spray in specific blocks of 200 square feet, with each block about the size of a single-car garage. Tractors are typically fitted with nozzles that adjust the amount of chemicals they spray based on the shape file.

Cutting costs here can make a big difference to a farmer's bottom line. An average, 500-hectare field of canola, for instance, would need to be sprayed up to ten times over roughly seven months, says Wells, costing around $400 per hectare, or $200,000 for the season.

Adjusting those nozzles to spray only what each 20-meter section needs — according to the height of the crops or existing nitrogen content—can mean a cost saving to farmers of around 10% or more, he says.

“We’re moving towards a world of perfect information,” Wells adds. “Crops are a factory with no roof on. At some point in the not-too-distant future, whether it’s government or food companies or farmers, anyone involved in farming that needs to eat will have perfect information as to what’s going on.”

I cover developments in AI, robotics, chatbots, digital assistants and emerging tech in Europe. I've spent close to a decade profiling the hackers and dreamers who are bringing the most cutting-edge technology into our lives, for better or worse.