Six positive ways they can be used by drone 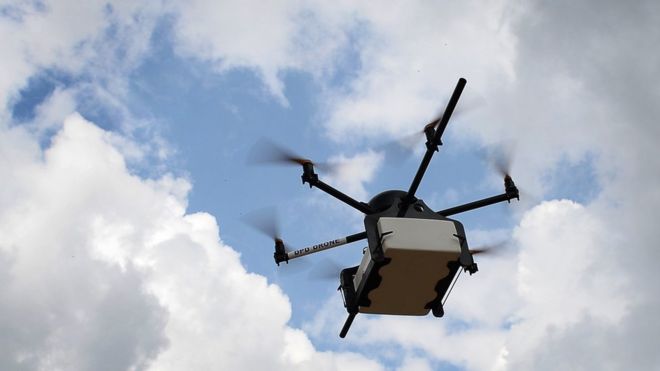 An extended 5km (3.1 miles) no-fly zone for drones has come into force around airports in the UK after reported sightings at Gatwick.


But despite the negative reputation they have received, the use of drones isn't all bad.

From finding missing people to delivering takeaways, here are some of the ways the unmanned aircraft can be beneficial.

A Norfolk man who went missing in June last year was found when a police drone spotted him stuck on a marsh.

Police said they would have not been able to find him so quickly without the drone, as a helicopter would not have been able to fly so low to the ground.

Drones equipped with thermal imaging cameras have also been used by police to find missing people in the US. 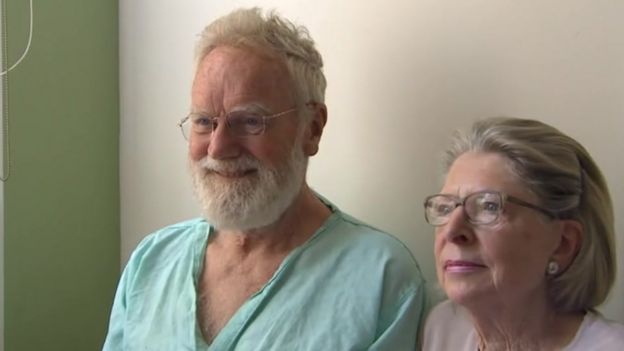 And in Australia, lifeguards carried out the first at-sea rescue by drone in January last year.

The aircraft took just 70 seconds to reach two stranded swimmers, before dropping floats for them to hold onto.

It was estimated lifeguards would have taken around six minutes to travel to the pair, if take six minutes to rescue, maybe the people will in dangers or die. 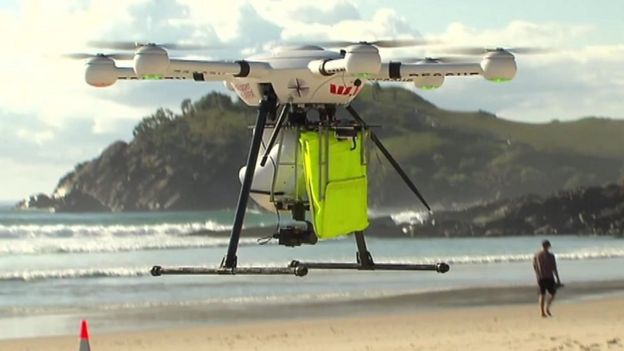 Australia has pioneered the use of drone technology to track great white sharks and monitor the threat they pose to beachgoers.

The aircraft provides a live video-feed to an operator, who then uses special software, with more accuracy than the human eye, to identify sharks. 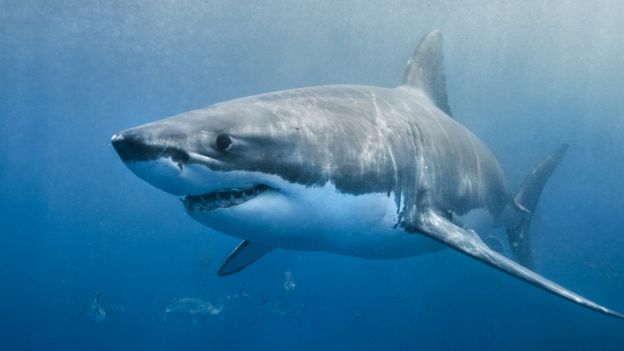 
A lack of precise maps in Tanzania presents a significant problem for both the local population and disaster agencies.

Satellite imagery is often not good enough to map areas accurately, Edward Anderson, who looks after urban planning and disaster reduction in Tanzania for the World Bank, told the BBC.

Meanwhile, aeroplanes are expensive, and impractical in areas that are rapidly changing.

"Just mobilising the plane can be hundreds of thousands of dollars," Mr Anderson said.


In 2016 the government said it was working with retail giant Amazon to bring delivery drones to British skies. The scheme is still in development.

Drones are already being used to transport takeaways in Shanghai, where food delivery service Ele.me uses the technology to reduce its operating costs.

In Rwanda, unmanned aircraft are being used to transport more important cargo: blood and medical supplies.

Doctors in rural areas make an order by text message, then drones carrying the supplies are catapulted into the air. They travel at 80mph, releasing their delivery when they reach their destination. 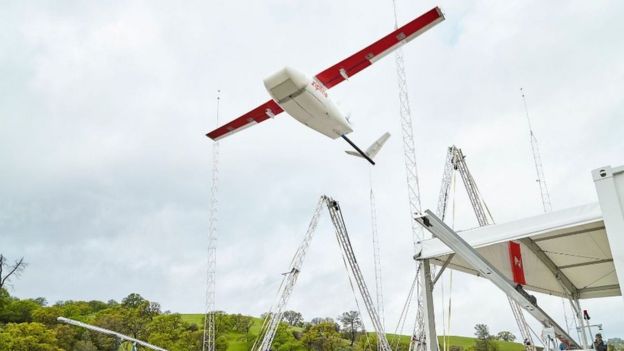 Farmers who use drones to spray their crops with pesticide claim they are significantly reducing their use of the chemicals, which can threaten biodiversity.

In theory, using drones to spray crops improves the precision with which pesticides are applied because they are able to distribute them in specific volumes on GPS-defined routes through a field.

A French farming co-operative called Ocealia has said it saw an average 10% increase in crop yields after it started using the pesticide drone to spraying fro crops.

Fly dragon have develope a new drone usde for seeding, Seed spreading, or spreading fertilizer with a drone allows a user to reach places that traditionally would be hard to access, or to simply spread seeds much faster. Our seed spreader drones can spread up to 40x faster than manual spreading