The PX4 ground control station is called QGroundControl, which is an integral part of the PX4 self-driving system and can run on multiple platforms such as Windows, OS X or Linux.

Using QGroundControl, you can write the PX4 firmware to the hardware, set up the machine, change different parameters, get real-time flight information, create and execute completely autonomous tasks. 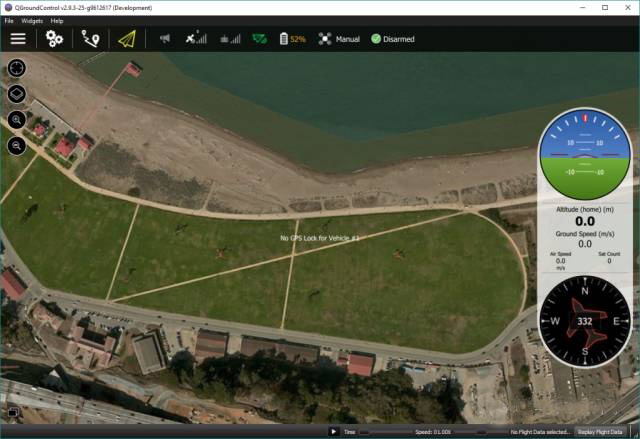 In the illustrations in this article, we use red paddles to indicate the head orientation of the multicopter.


In order to configure, control and interact with your PX4 unmanned pilot, you need to connect it first. There are three types of connections for Pixhawk hardware:

External connection-data connection between PX4 and an external computer that can control PX4.

In order to control your aircraft, you need to know and deeply understand the basic Roll, Pitch, Yaw and Throttle commands and the motions these commands are applied to the aircraft in three-dimensional space. effect.

The basic movement of hoverable aircraft (such as helicopter, multi-rotor or vertical take-off and landing drone):

What needs to be kept in mind is that for hoverable aircraft (multi-axis drones, helicopters),

Yaw command will produce a left/right rotation flight effect based on the center point of the aircraft.

Figure 7 The effect of control commands on fixed wing control

What needs to be kept in mind is that for forward flying vehicles (fixed-wing drones),

yaw command will produce left/right rotation of the tail and turning flight effects.

Using the above 4 basic commands, you can control your drone to fly in any direction in the air. The most important thing is that you will be able to perform the most important flight operations in the aircraft-take-off and landing.


If you plan to use PX4 on a drone. Before choosing a rack, the first question you should answer is what is the purpose of your drone.

If you need precise hovering function and can accept a shorter endurance time, it is recommended to use a multi-rotor drone;

If the battery life and coverage requirements are high, fixed-wing drones are recommended;

There is a hybrid type of aircraft called "vertical take-off and landing aircraft", which can take off vertically like a multi-rotor, and after takeoff, it will fly forward like a fixed-wing aircraft. 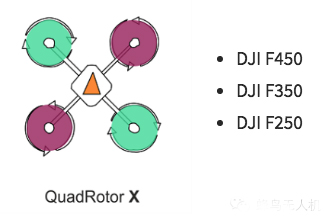 (The orange triangle points toward the machine head,


Once the rack is selected and purchased or assembled, during the initialization phase of the drone's flight control, you need to choose a rack with a structure similar to the one you are using from the numerous rack templates in the ground station QGroundControl. 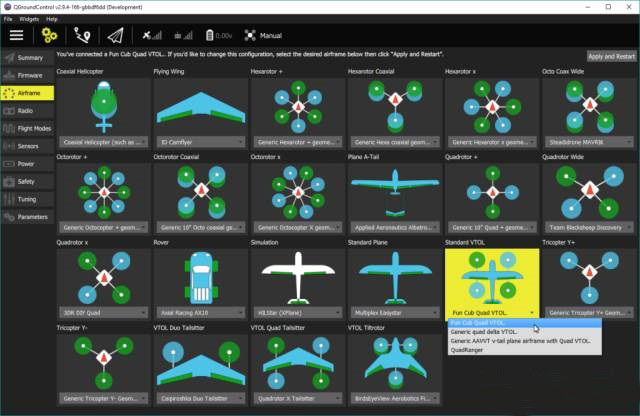 
Since the Pixhawk flight controller has built-in sensors, the PX4 autopilot can completely control the drone without any external sensors.

It is strongly recommended to install GPS on the aircraft to release the full potential of the aircraft, and after installing GPS, the drone can complete the task in fully automatic mode. 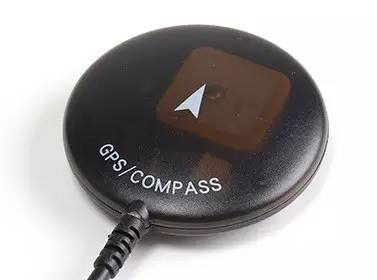 Since Pixhawk's built-in magnetometer is very close to other electronic devices, it is susceptible to electromagnetic interference.

In order to reduce this kind of interference, usually an external magnetometer can be connected to the flight controller, and try to keep the magnetometer away from other electronic devices on the aircraft. 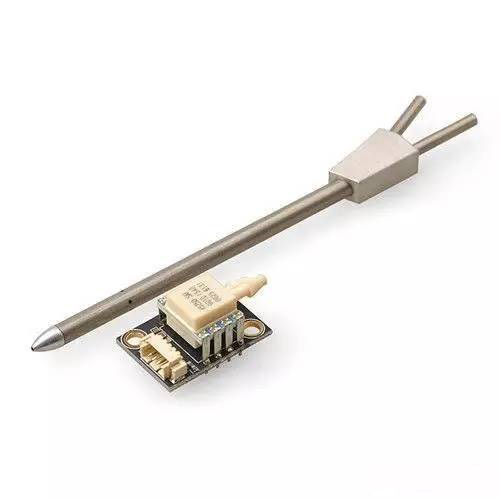 QGroundControl runs on the above-listed platform devices, and the PX4 firmware runs on Pixhawk flight control. 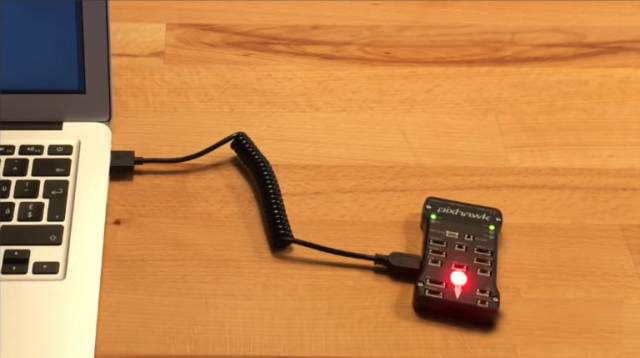 Use a computer or mobile terminal to download the QGroundControl ground station of the corresponding platform. After completing the QGroundControl installation, connect to the Pixhawk flight control, and you can start to configure the autopilot PX4.

Please master the following postures for the configuration of PX4 autopilot:

In addition, there are many items that can be configured using the ground station, but the above steps are essential

The main content of the video tutorial is as follows: 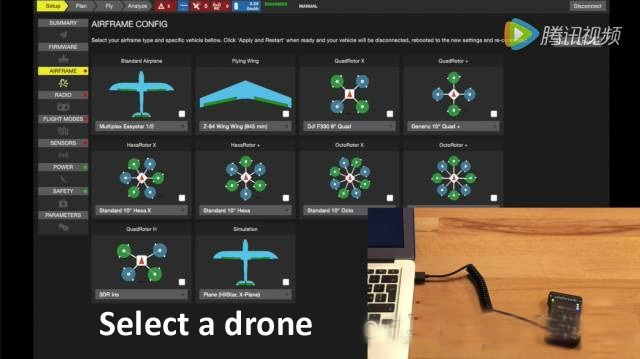 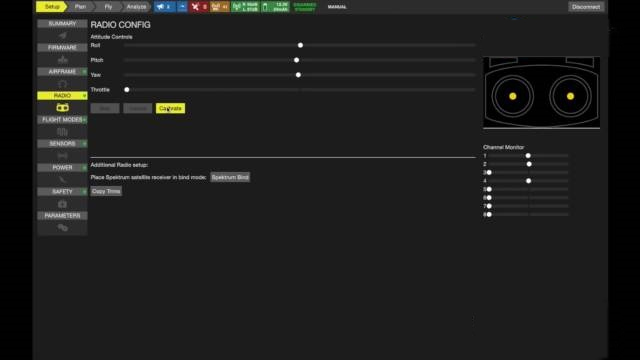 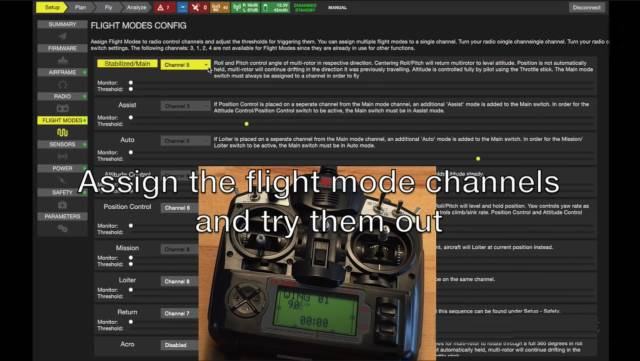 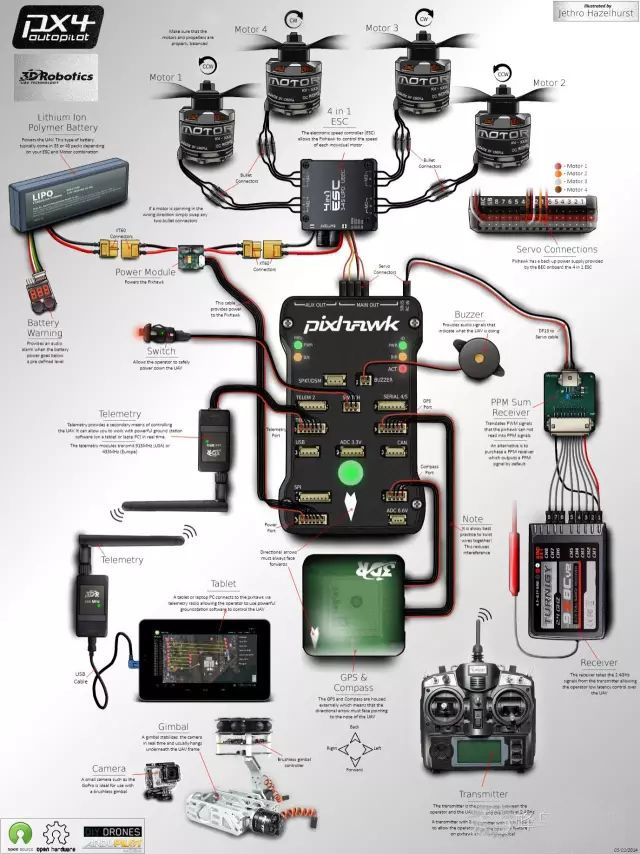 PX4 drone flight mission planning is very simple, just click on the top row of the QGroundControl ground station tab to switch to the mission view (the tab turns yellow to indicate that it is selected), click the ➕ (plus sign) icon in the upper left corner, and then click The screen map can be used for task planning. 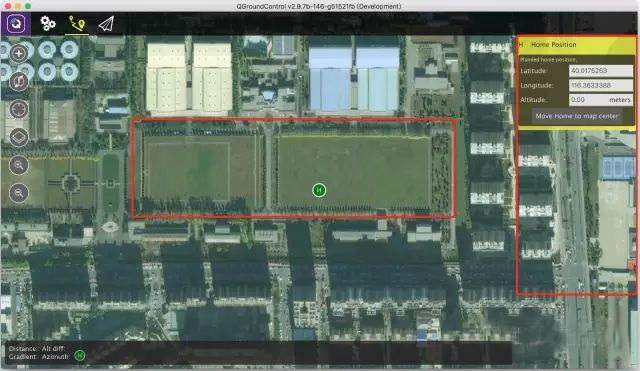 It should be noted that you only need to click the plus sign in the upper left corner once to set multiple waypoints by clicking on the screen multiple times, and the route will be automatically generated according to the order of the waypoints.

Each waypoint information will be displayed on the right side of the ground station. At the same time, the stay time, relative altitude and other information of the waypoint can be edited.

For example, in the following figure, the drone will stay at waypoint 6 for 0 seconds, and the height relative to the home position is 25 meters. 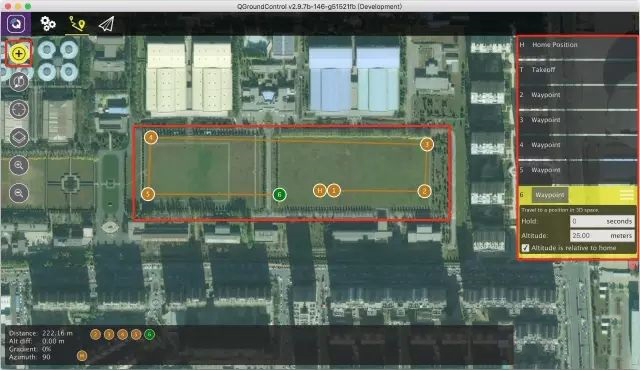 The bottom of the task view shows the relative distance (Distance), relative height (Alt diff), and gradient (Gradient) between each waypoint and the previous waypoint.

After the above operations, click the Send To Vehicle button in the upper left corner to send the planned mission to the drone. 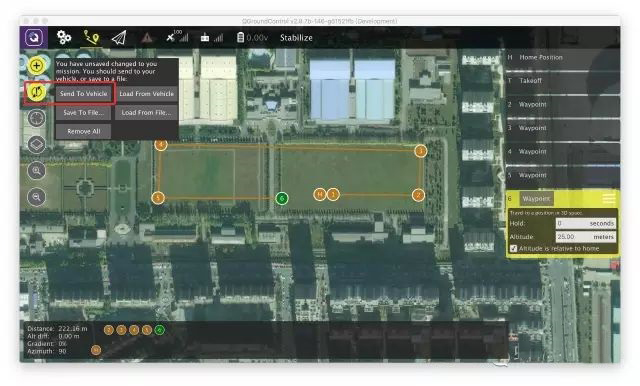 After completing the above mission planning and mission upload, switch the ground station to the flight view and unlock the PX4 drone. The drone can automatically follow the planned mission path and the ground station will display the drone's flight trajectory in real time. 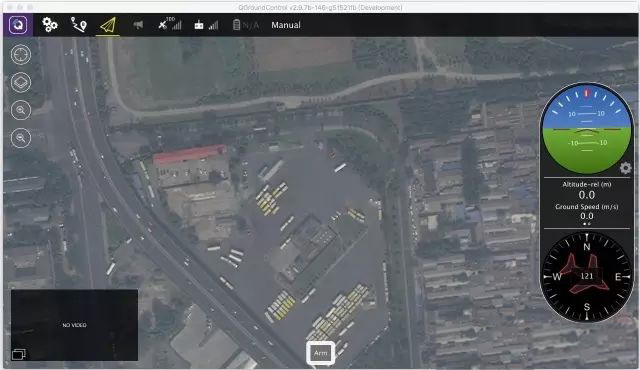