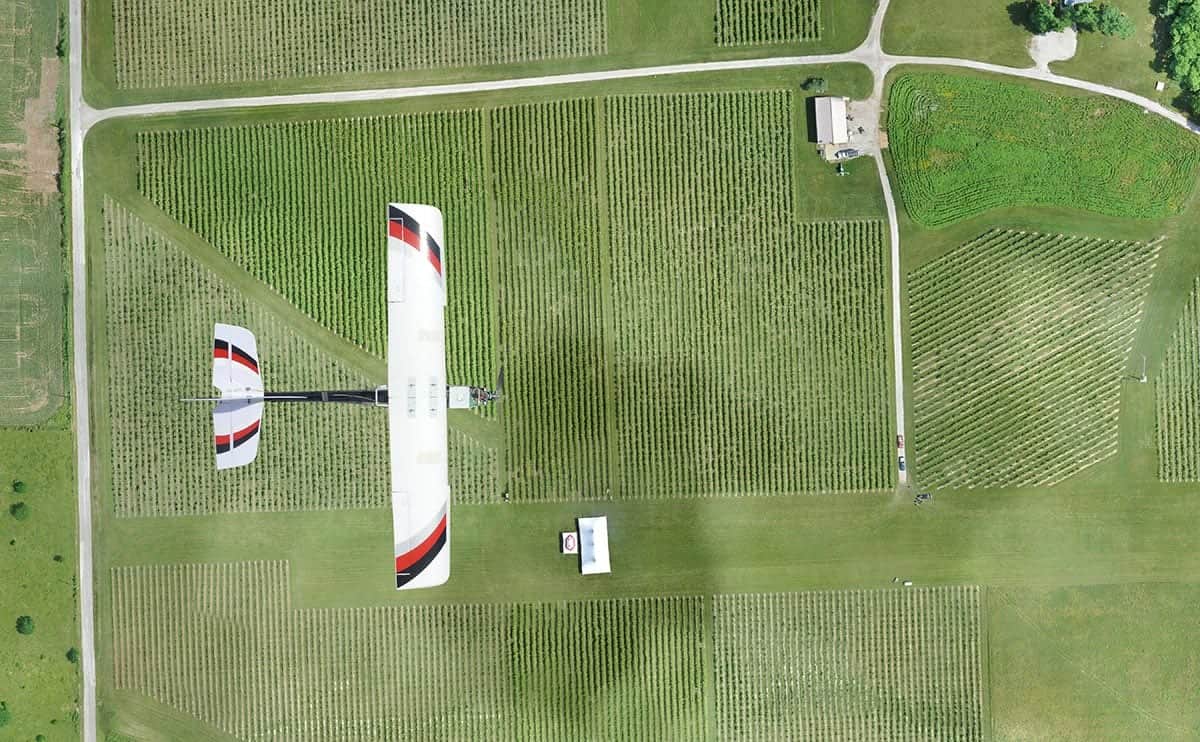 
Precision landing i.e. the ability to accurately land a drone on a landing platform has until now been available mainly for commercial-grade drones – particularly those running Ardupilot or PX4 autopilots. However, FlytBase now brings this powerful capability to prosumer grade drones (eg. the DJI Mavic and Phantom series, including all variants) that are SDK-enabled.

Fully autonomous precision landing is best delivered via a vision-based approach that leverages the inbuilt downward-looking camera and intelligent computer vision algorithms while avoiding the need for external sensors, cameras, and companion computers. The ability to configure and manage this capability over the cloud in real-time, customize the visual markers, and integrate with the ground control station makes it well suited for enterprise drone fleets.

Furthermore, commercially beneficial drone missions need the ability to land the drone precisely on any target location of interest or importance – not just on the home location. In fact, regardless of the landing location, there also needs to be a closed-loop that checks and ensures that the drone did indeed land precisely where intended.

Precision landing can be further complicated due to operations in environments with weak or no GPS signals (such as dense urban areas with tall buildings, warehouses, retail stores, etc.), or landing on moving platforms. FlytDock enables the UAV to accurately loiter and land in such scenarios, including night landings and low light drone operations.

For long-range, long-endurance, repeatable, BVLOS missions, customers need to deploy fully autonomous drone-in-a-box (DIAB) solutions, which require the drone to take-off, hover and land very accurately – along with automatic charging, environmental protection and remote control. The challenge is that existing DIAB offerings are overpriced to the point where production deployments are commercially unviable. The good news for customers is that prosumer drones are rapidly maturing along the technology S-curve, and are available at extremely compelling price points – thus driving enterprise DIAB solutions towards off-the-shelf drone hardware coupled with intelligent software that is built on an open architecture with APIs, plugins and SDKs. This combination – coupled with 3rd party charging pads and docking stations that use precision landing technology, and a cloud-based GCS – results in an integrated, cost-effective DIAB solution, at price points potentially one-tenth of the existing drone-in-a-box products.

Indoor drone operations may not need full DIAB solutions – instead, inductive or conductive, API-enabled charging pads may be sufficient. Nevertheless, they too require precision landing seamlessly integrated into the workflow to enable autonomous charging – including the ability
and robustness to navigate in no-GPS environments. Coupled with remote configuration & control over the cloud or a local network, and fail-safe triggers, such precision landing capability can drive large-scale indoor drone deployments.

Remote asset inspections, for example autonomous inspections of wind turbine farms located in far-off rural areas, may not require BVLOS permissions if granted regulatory waivers as part of FAA pilot programs. However, the ability to takeoff and land precisely from outdoor charging
pads or docking stations is a key capability for such asset monitoring missions, which may need to be conducted weekly or monthly per regulatory / maintenance mandates. Nitin Gupta, FlytBase Director, commented,