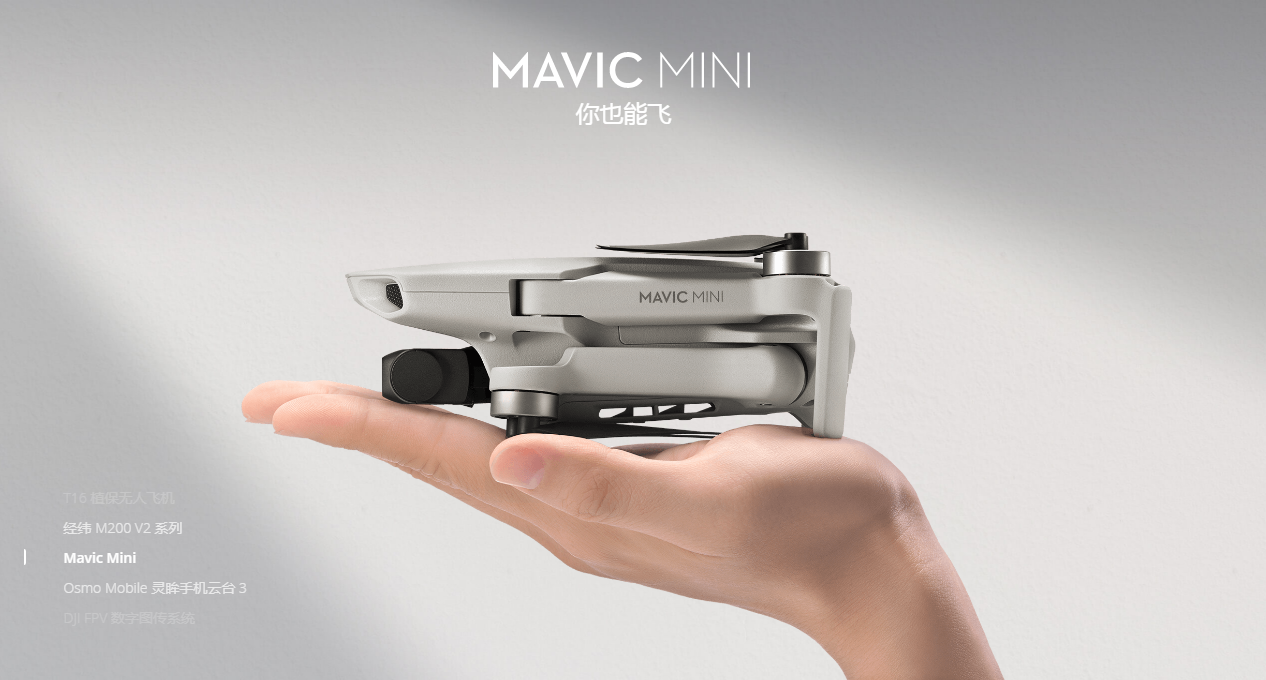 On December 31, 2019, DJI officially released the Best Cheap Aerial Drone Mavic Mini, which has the advantages of light weight, low price, and a total weight of 249g.

The Mavic Mini is equipped with a three-axis mechanical stabilization gimbal and a 2400mAh battery. It provides a maximum flight time of 30 minutes and a maximum flight altitude of 3000m. The new machine is equipped with a 1 / 2.3-inch, f / 2.8 aperture 12 million camera, and supports up to 2720 × 1530 (2.7k) resolution 25 / 30p video shooting. Image quality standards are average, but very practical for popular machines.

The Mavic Mini weighs only 249g. Why not 250g? Analysts believe that the current regulatory requirements for drones in many countries and regions require a registration threshold of 250 grams. If the drone weighs more than 250 g, registration is required. This means that after users purchase Royal Mavic Mini, they do not need to register for the record.

A DJI official said in an interview in 2017 that "DJI will not focus on models weighing less than 250g in the future."

Obviously, although the plan has not changed, DJI later changed its strategy in part.

In China, according to the requirements of China ’s drone regulatory authorities, starting June 1, 2017, drones with a maximum take-off weight of 250 grams or more must be registered in real name in accordance with the regulations of the China Civil Aviation Administration.

According to China's "Interim Regulations on the Management of Unmanned Aircraft Flight", the weight is less than 250 grams and the flight height does not exceed 50 meters. This height limitation is very strict. For example, some aerial photography enthusiasts like aerial photography of high-rise buildings. In theory, the new bill restricts such shooting.