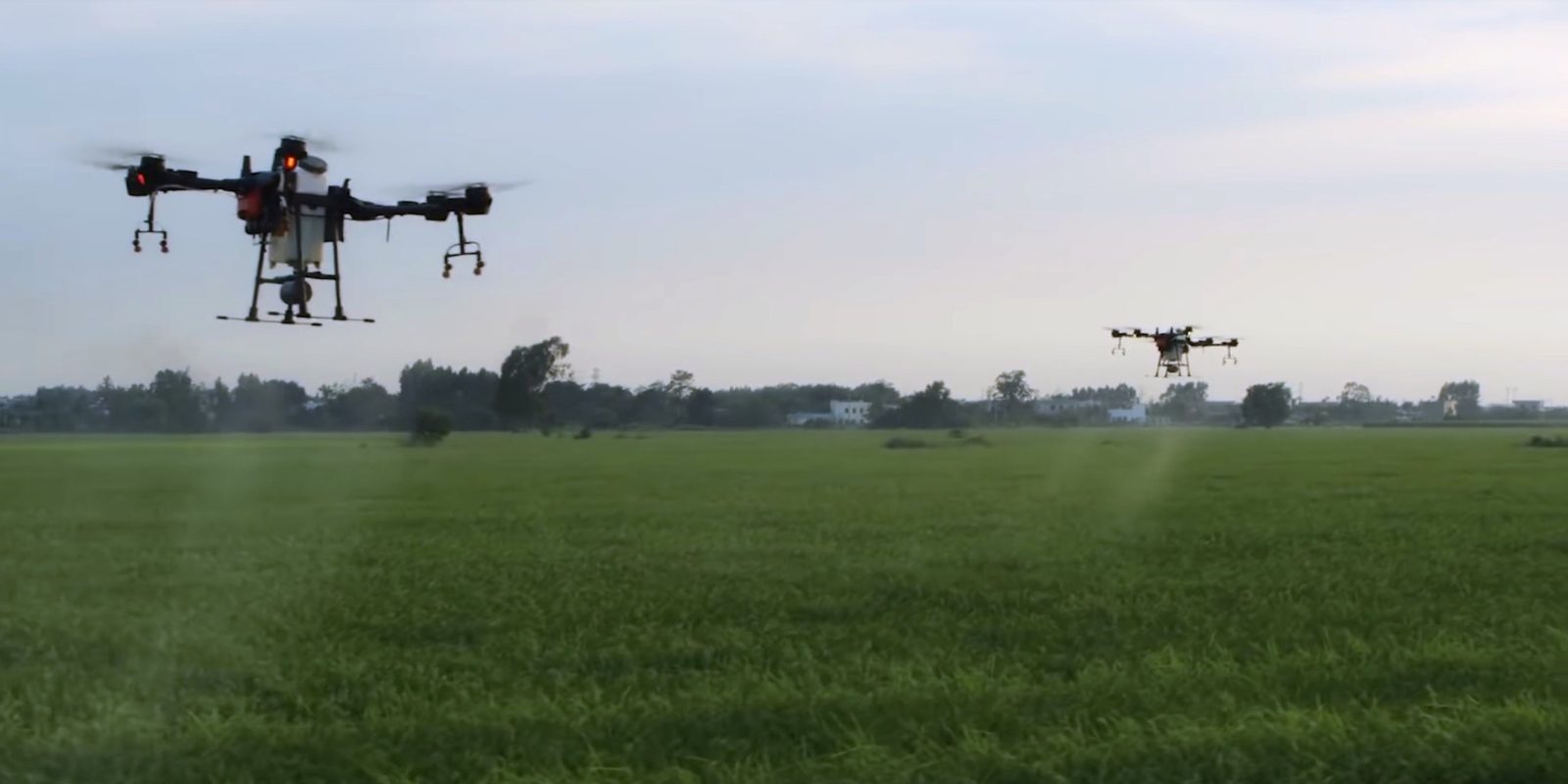 DJI recently launched what seems to be a massive agriculture drone in China. It is called the T16 and the video below explains everything in great detail to anybody who can understand Chinese. Unfortunately, that does not include me. However, there are a few things that become clear as you watch the video.

Apparently, DJI launched a new agricultural drone in China recently. The video of which you can see below. It is hard to get all the details from it as it is all in Chinese. I tried taking screenshots, OCR them and then use Google translate but no luck there. So, if you happen to speak Chinese, feel free to chime in.

Our friends from DroneWatch in The Netherlands have been able to get a lot more information on the new T16 agriculture drone from DJI.

The title and description of the video translate according to Google as follows:

A few other things do become clear after watching the video. The T16 drone has six rotors, mounted on foldable arms. It can spray up to 4.8 liters of plant protection, i.e. pesticides per minute. The drone has a waterproof rating of IP67 meaning you can fly it in the rain.

The DJI T16 drone also has obstacle avoidance and features RTK for highly precise spraying and land or crop monitoring. The drone also comes with what seems to be quite sophisticated software to plan the flight of the drone and make accurate maps of the area.  It also seems to have some kind of radar system mounted below the drone that allows the drone only to spray when it is actually flying over the treetops and not in between the trees. Obviously, this would go a long way in using less ‘plant protection’ per acre.

It seems that the DJI T16 offers the latest in high precision application of ‘plant protection’ by drone, from DJI. About one year ago, DJI Launched the MG-1S Advanced and the MG-1P drones for the agriculture market. Alternative solutions are offered by Yamaha with the YMR-08 drone for instance.

PREVIOUS：How Many Sensors are in a Drone, And What do they Do? NEXT：Best Software For Agriculture Drone Mapping and Analysis