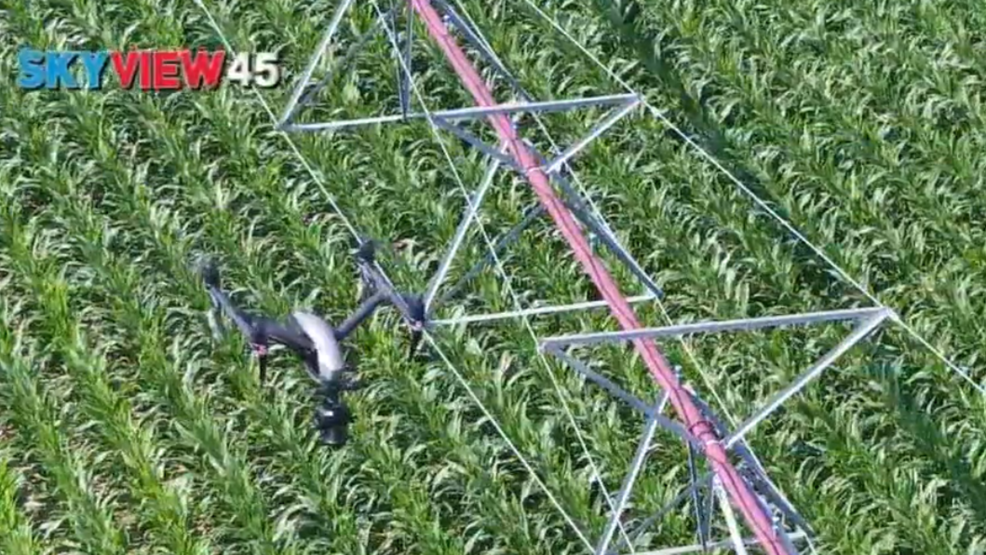 URBANA, Ohio (WKEF-WRGT)- This planting season has been hard for farmers across the Miami Valley due to all heavy rain. Now, many are turning to unorthodox methods for help.

“The artificial intelligence really makes our agronomist much more productive to where they can provide a solution for the farmer,” said Vice President of Sales and Marketing, Evan Delk.

“We can zoom in and see a lesion that are just a few inches long to identify what that lesion is and what disease it is,” Skylar Foos, who is a consultant with the company.

It's remote sensing calculates plant stand, weeds, disease and deficiencies. From there, consultants can then write specific prescriptions for the grower.

“We can actually identify something as small as a Japanese Beetle,” Delk added.

For $3.50 an acre, Integrated Ag can scout over thousands of acres in a day. This can save farmers not only a lot of money, but time, instead of scouting on foot.

Elliot Ward is a 8th generation grain and corn farmer. He said this year has been tough.

“Since November, it’s been a really trying season for us just with the rains that have started and winter came early,” Ward said.

Ward turned to this new precision technology to save his crops.

“It shows up the weed pressure we have coming through and we potentially need to add a little bit of nitrogen to help maximize the performance of the crop,” Ward added.

Today, Ward added his nitrogen prescription of 60 gallons per acre to the target area shown from the artificial intelligence screen. He said this service has spared his wallet from overbuying and spaying unneeded areas.

“This year is very much so more challenging than others,” Delk said. “This kind of technology is going to help the grower what kind of potential he has in the crop.”