Illustration of drone flight regulations around the world 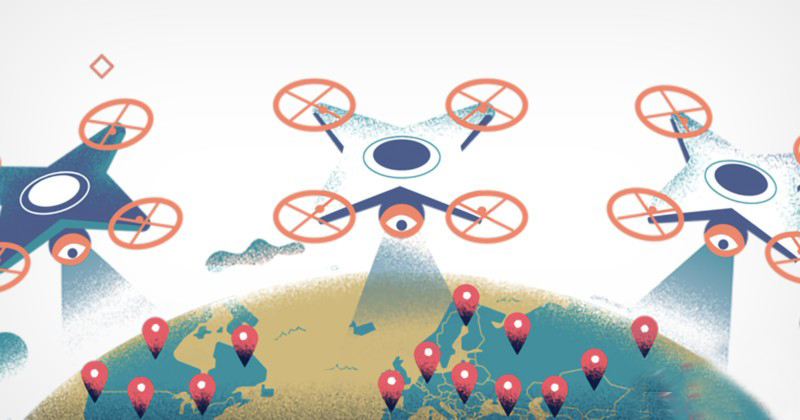 
The company found that the regulations of each country/region can be classified into one of the following seven categories: Complete prohibition of effective bans applicable restrictions (for example, drone registration or permits, additional observers required, no commercial use, etc.) .) Experimental line-of-sight flight (experiment that allows drones to fly beyond the line of sight) Unrestricted (when taking off from private property and airports, the altitude is less than 500 feet / 150 meters and the weight of the drone is less than 250 grams)

Below is a complete world map view, and below is a detailed inspection view of the various continents. 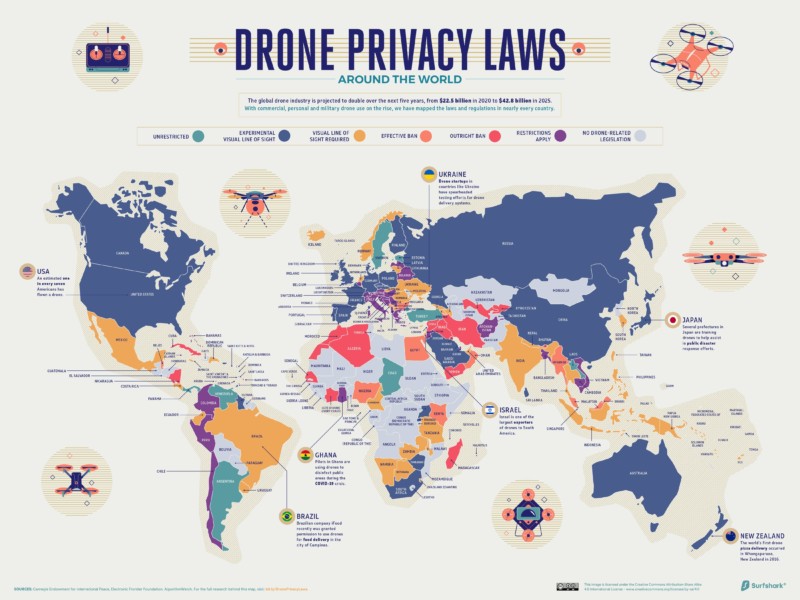 According to Surfshark's data, Europe has one of the loosest drone regulations of all. "Although many countries/regions on the African continent have developed some kind of drone regulations restricting the use of drones, these regulations usually come in the form of simple operating guidelines," 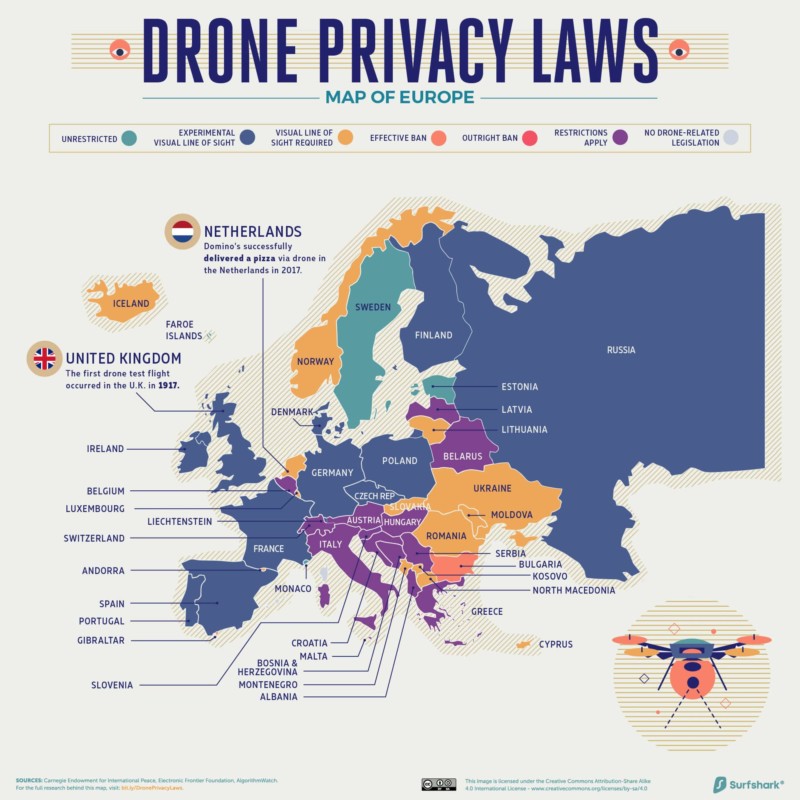 In terms of sight lines, North America also has some looser regulations. "Although most countries in the world require drone pilots to be able to see the drone at all times, 33% of countries in North America allow experimental drones to fly out of sight," Surfshark found. "It has the largest share of all continents, well above the global average of 22%." 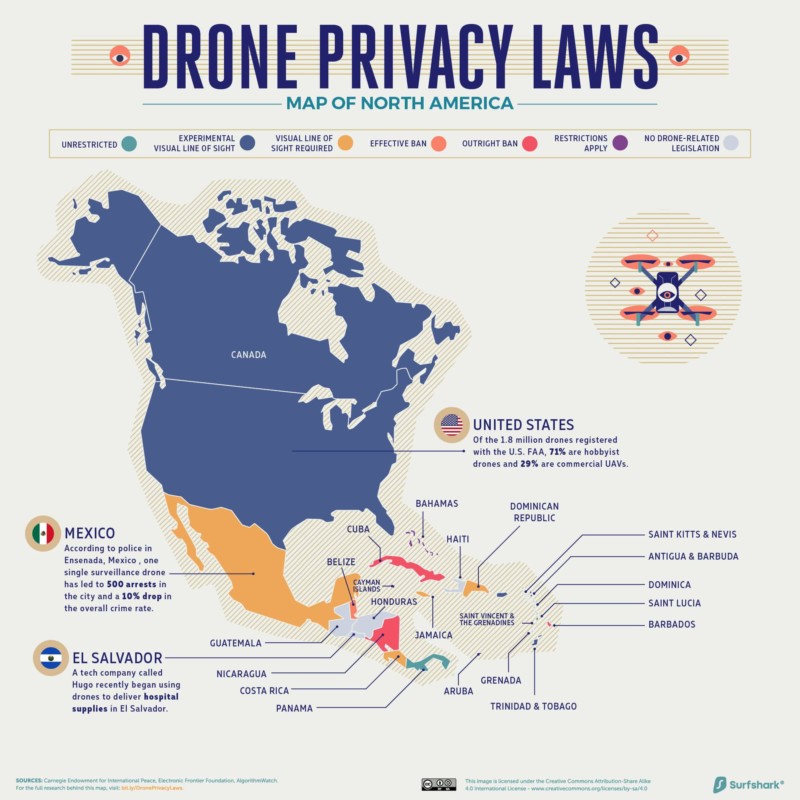 No country in South America completely bans drones, although most of them have laws that require drones to be kept within sight. Some countries have also formulated specific rules for safety and environmental protection. For example, with the exception of pre-approved scientific use cases, drones are prohibited on the Galapagos Islands. 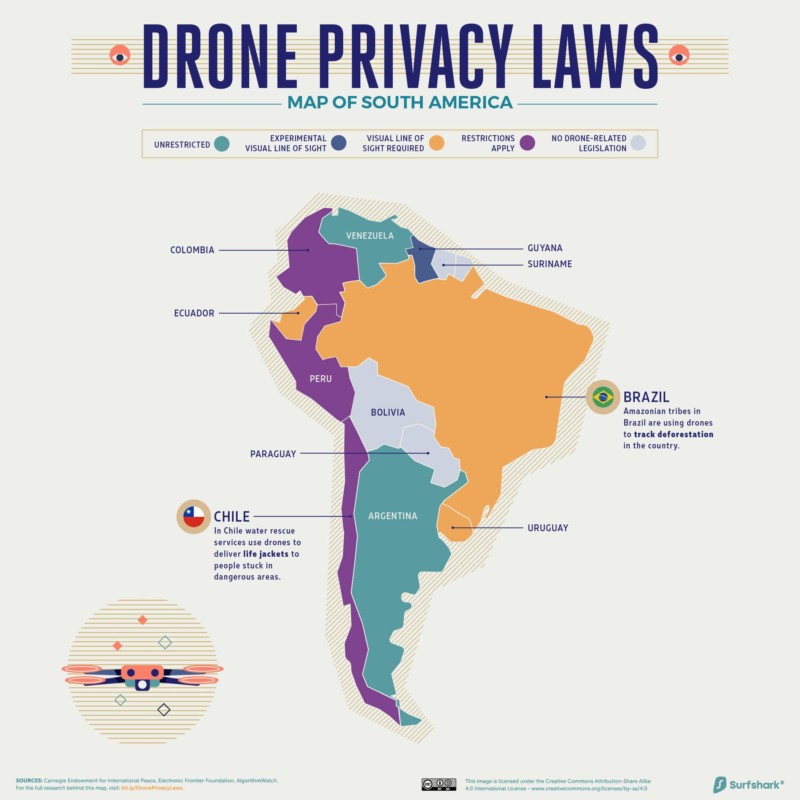 Surfshark found that 21% of the countries in the region completely ban the use of drones, accounting for 11% of the world's share and the second largest share of all continents. 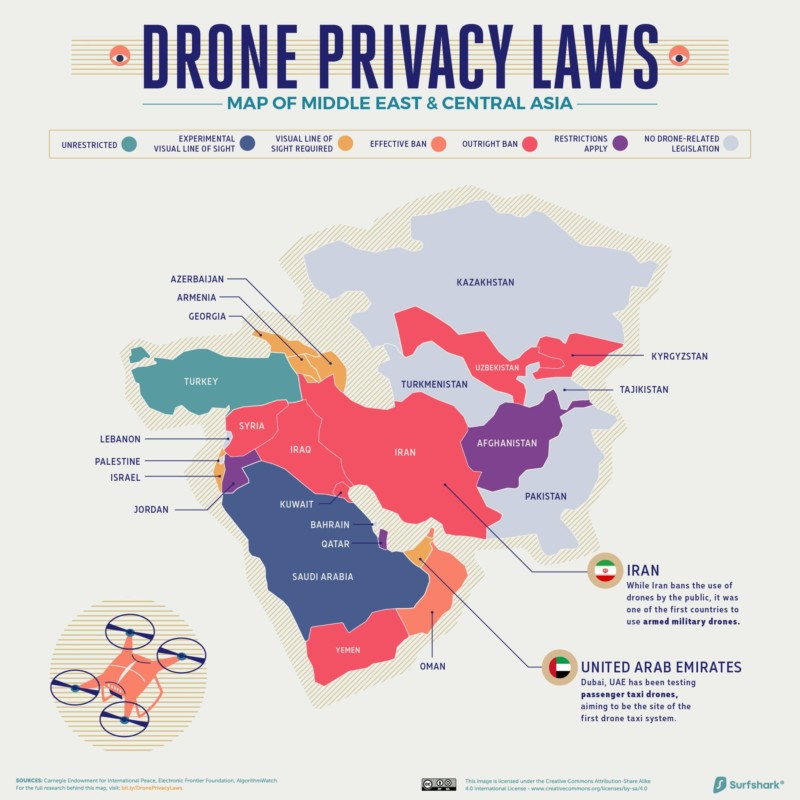 Rest of Asia and Oceania

Most countries/regions in Oceania do not have regulations related to drones. Among those who do this, most are allowed to fly as long as the drone is within sight. No country in the region bans the use of drones. 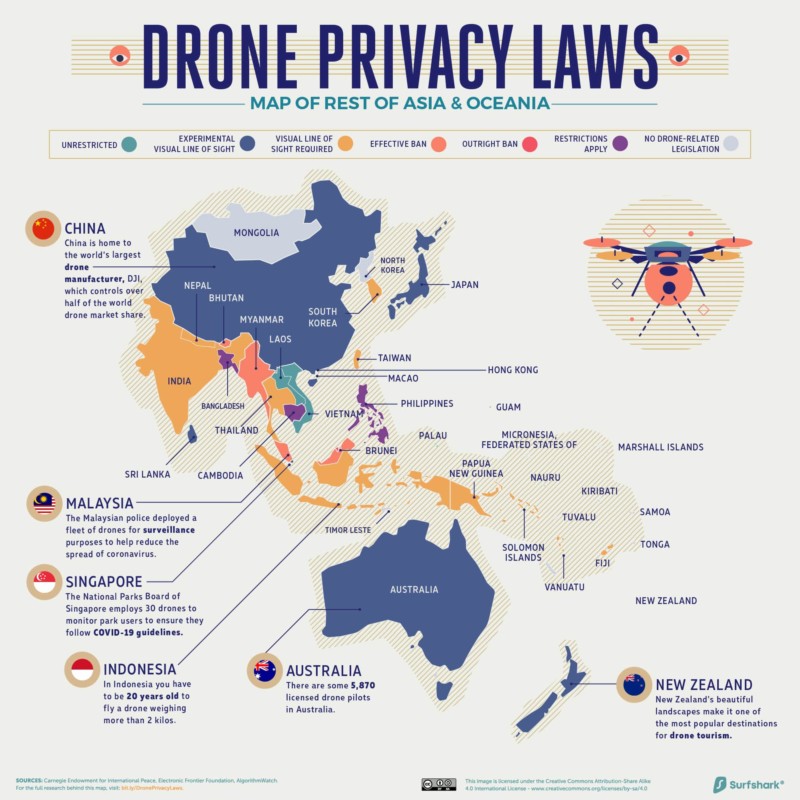 More than half of the countries in the region have no regulations related to drones at all. However, 21% of these countries completely ban the use of them, which is the largest share of all continents. Surfshark reports: "Another 13% of countries have effectively banned the technology, which is the second largest share of all continents." "For example, in Egypt, drones are technically legal with permission from the Civil Aviation Authority. Yes, but it’s hard to get a license.” However, there are signs of innovation on the African continent. "For example, in Ghana and Rwanda, drones can fly over the line of sight to deliver medical supplies to remote villages. Other African countries that allow drones to fly over the line of sight include Uganda and Zimbabwe." 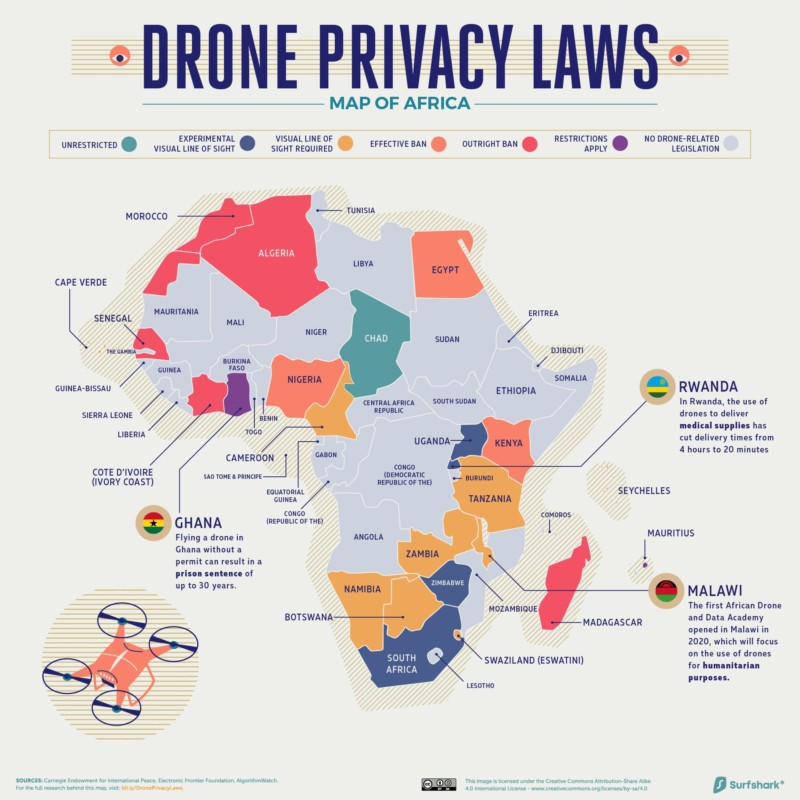 This is useful for those looking for a simple and understandable method to determine the laws of different regions, but it is not the end of the analysis. Surfshark also found interesting data about the future of drone flight. The company reported: “The demand for drone technology shows no signs of slowing down.” “According to the World Intellectual Property Organization, the number of patents for drone technology is growing rapidly, only increasing from 7,076 in 2017 to 2018. There were 9,485 items in that year, an increase of 34%."

The information on these infographics may continue to change as regulations are adjusted in the next few years. However, for now, the work Surfshark is doing here is one of the easiest ways to clarify the global drone flight rules.