Precision agriculture proves to be a fertile breeding ground for start-ups. Here’s a few to watch.

All around the world, entrepreneurs and engineers, young companies and established businesses, are working on transformative precision farming technologies to change the face of future farming.

Describing itself as “an ag IoT and automation start-up” and with offices in Greece and Texas, Augmenta has attracted $ 600,000 (€ 512,500) of seed-funding from a venture capital technology investor to help commercialise a tractor-mounted crop scanner. Capturing 4K video data using hyperspectral computer vision, the company’s Isobus-compliant cab roof-mounted device translates the data through crop-calibrated software to control a fertiliser spreader or sprayer to apply variable rates where and when they are needed.

George Varvarelis, co-founder and CEO, says cereal crop trials at the University of Thessaly in Greece have shown up to 12% increased yield, 15% increase in grain protein levels and a 13% saving in chemicals as a result of employing the technology to fine-tune inputs. 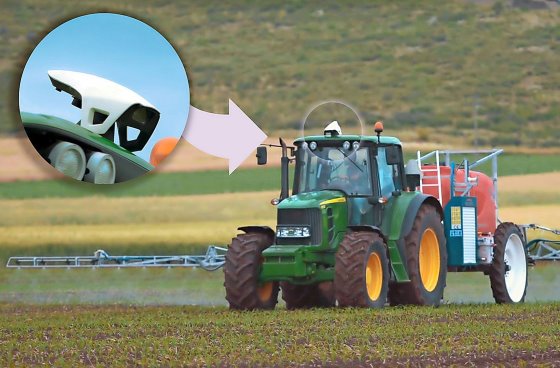 Established by 2 University of Illinois professors in the United States, EarthSensehas produced a small robot for surveying trial plots to determine the phenotype characteristics of new crop varieties.

With early financial support and advice from specialist venture capital funds, EarthSense hopes to sell an initial batch of robots to early adopters for $ 5000 each. 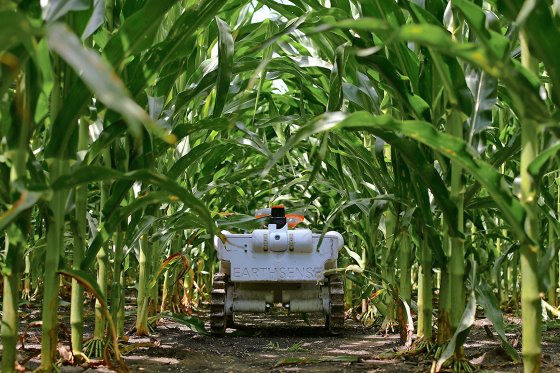 The TerraSentia robot from EarthSense is designed to survey crops for phenotyping to help gather data for variety breeding programmes. - Photo: EarthSense

Autonomous spot spraying of weeds in high-value salad and vegetable crops is the initial aim of ecoRobotix, a Swiss start-up.

It has attracted significant funding for its project, starting with a loan from a Swiss innovation foundation, then investment by private and institutional funds equivalent to almost $ 14 million (€ 12 million) as the team was bolstered as one of 5 winners of the Swisscom StartUp Challenge 2017.

The solar-powered robot, which is due for commercial launch towards the end of this year, uses GPS navigation, camera-based weed recognition and 2 agile arms each carrying a single spray nozzle to tackle weeds surviving an initial overall spray treatment.

Up to 20% less herbicide use and up to 30% lower cost are the main attraction for growers, plus the ecological benefits of accurately targeted control. 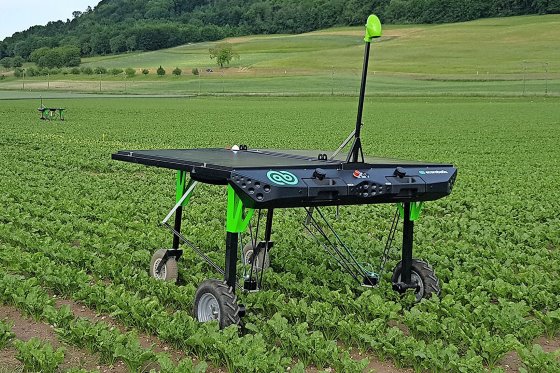 Individual weeds are spotted and sprayed by the solar-powered autonomous herbicide applicator from ecoRobotix; it’s due for commercial launch this year. - Photo: ecoRobotix

This social network founded in 2014 to enable US farmers to pool and analyse crop and other data to help inform on-farm decision-making, is now using its scale to also become an inputs purchasing and crop selling co-operative.

FBN membership represents around 5000 farms across the US and Canada, accounting for 6.5 million hectares (16 million acres) of farmland, according to co-founder Charles Baron, and this is understood to have attracted investors to the tune of some $ 200 million (€ 171 million). Independent agronomic intelligence remains at its core, with cloud-based FBN Analytics enabling members to organise their farm data, analyse yields against a number of factors, access weather and soil temperature maps, calculate return on investment and benchmark with other members.

Not a new start-up company, of course, but certainly a start-up project from Agco Corporation. The Fendt Xaver swarm robot project started out with EU research funding in collaboration with the Ulm University of Applied Sciences, and is now a fully-fledge Fendt development programme. Earlier this year, it was awarded second prize for technology transfer in the euRobotics Awards for successful co-operation between research and industry at the annual European Robotic Forum.

Thiemo Buchner from Fendt’s research and advanced engineering department manages the project to produce a system of small corn-planting robots operating in a swarm from a cloud-based planning, monitoring and documentation platform.

Recording the location of every seed enables precise targeting of fertiliser placement and spraying. 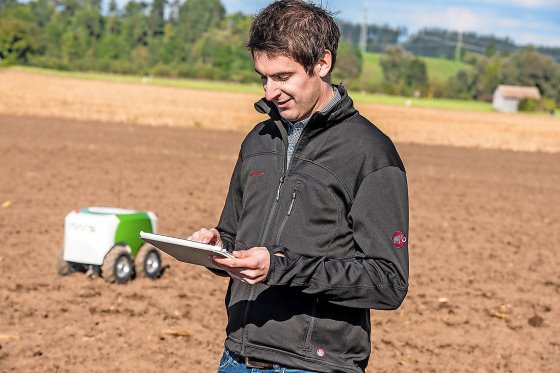 Platform users can access this data for more informed planning of field operations, such as cultivations, sowing, irrigation and harvesting. 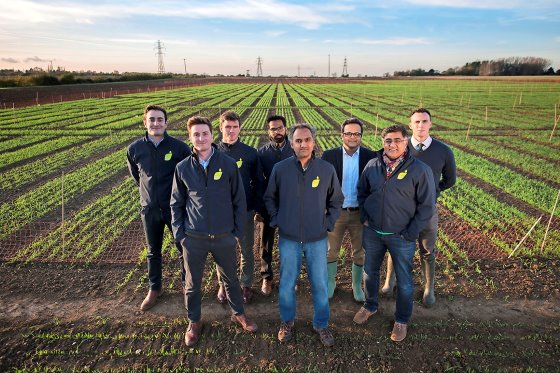 The Cambridge, UK-based KisanHub team behind the cloud-based enterprise management platform, which comes in farm and trials versions. - Photo: KisanHub

As one of the most advanced field robot technology start-ups, Naio Technologies of France is already supplying its Oz, Bob, Dino and Ted weeding robots to work in vineyards and nurseries and in vegetable and salad crops grown under cover or outdoors.

It claims to have more than 100 robots in the field and sales turnover of more than € 1.2 million in 2017, and has started distribution outside France, setting up an office in California, USA and appointing distributors in Japan and the UK. An additional € 2 million (£1.78 million, $ 2.3 million) of funding from existing and new institutional investors will help finance this initiative and also upgrades to manufacturing processes and capacity.

The robots range in size from the 1m (3ft 3in) long Oz to the large-scale hoeing and cultivating Dino and the vine-straddling Ted, using RTK GPS and cameras for navigation to provide labour-saving autonomous operations. 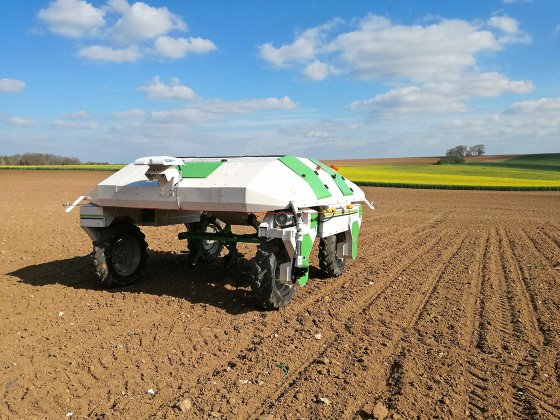 Japanese company Nileworks has raised the equivalent of $ 7.12 million (£5.46 million, € 6.1 million) to expand the capabilities of its automated crop spraying multi-rotor drones. 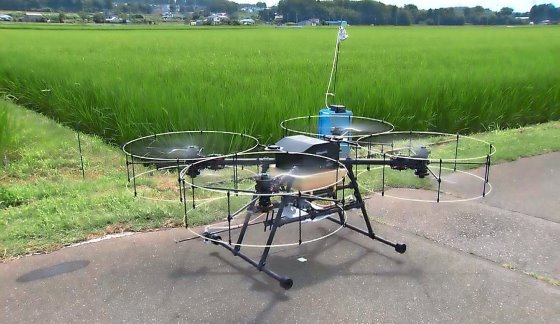 An electrostatic spraying multi-rotor drone is the core product of Rantizo, a US-based start-up, whose founder Michael Ott won a pitch contest at the AgLaunch Startup Station ahead of 14 other innovative agtech enterprises earlier this year.

Specialist venture capital funds have helped finance research and development of the drone and delivery system. 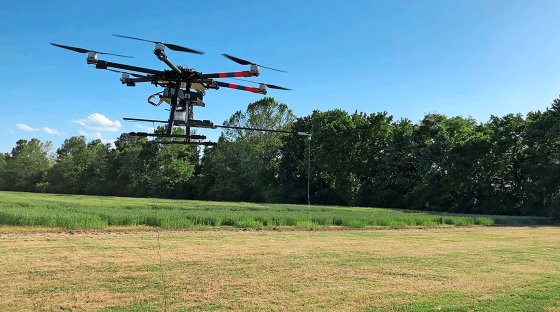 This UK-based business launched in November last year aims to commercialise robotic field vehicles using artificial intelligence to ‘digitise’ fields and use robots to seed and care for individual plants.

The rewards will include precision crop treatments, reductions in pesticides, energy and CO2 emissions, lower production costs and improved soil structure from using light robots rather than heavy tractors, says co-founder Ben Scott-Robinson. The Small Robot Company is being mentored by Professor Simon Blackmore, who is behind 15 years of precision farming research at the UK’s Harper Adams University, and where the first crop of cereals was established, managed and harvested by autonomous vehicles.

Use of Small Robot Company’s specialised vehicles and software will be on a Farming as a Service subscription model. 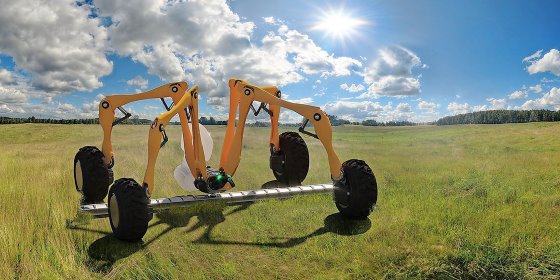 A field-working robot as imagined by the new Small Robot Company, which aims to supply robots on a service basis.

This US-based start-up, founded in 2015 by Bruce Rasa, is developing voice-activated data recording software to help growers and other agricultural professionals capture data more accurately in the field.

AgVoice is a hands-free workflow management service for recording and processing raw data files with time stamps and location tracking for use in analytics and note-taking.

Collecting and putting good data to use for improved vegetable and salad crop production performance is the aim of The Yield ag tech company in Australia.

It was founded by Ros Harvey “to help growers – who know their land better than anyone – make faster, more informed decisions that impact yield and reduce their risks by providing integrated solutions that sense, analyse and predict on-farm growing conditions.” Sensing+ combines sensors, analytics and apps for managing intensively irrigated crops.

The Yield was named Startup of the Year for big data and machine learning innovation in the national awards of the Australian Information Industry Association last year. 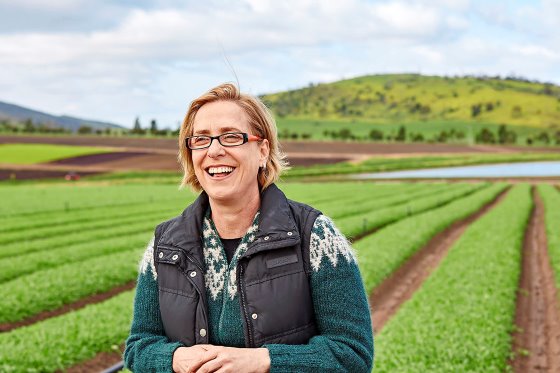