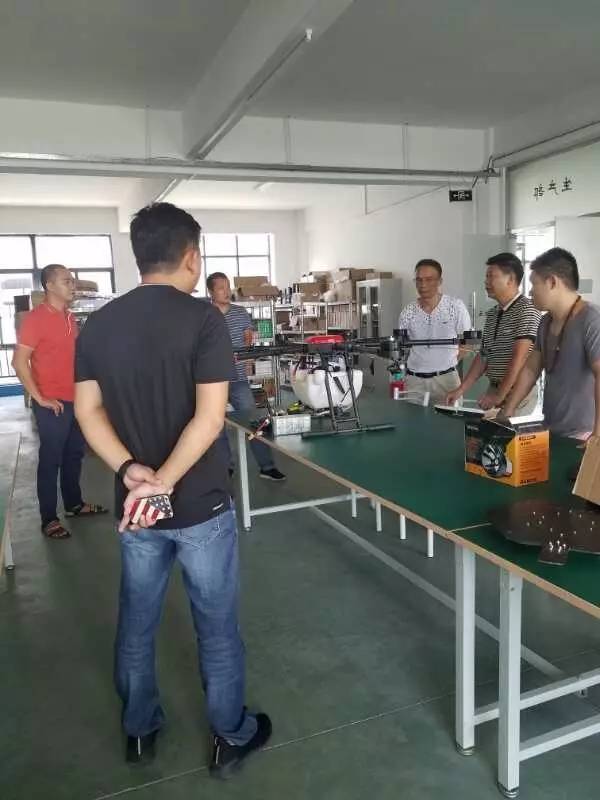 He said the perspectives of hardware and software manufacturers, academics and service providers that use drone technologies have been given too much weight in media coverage.

“There has been a bias because what’s happened is these interest groups have told farmers what they need instead of simply asking farmers what they want,” Martin said during his presentation at Canada’s Farm Progress Show in Regina.

“With that we have found what I would say are some rather odd applications that, being a farmer myself, that I don’t see value in.”

In-crop spraying is one of them.

“Four feet at a time, I think this has great potential in orchards, vegetable gardens,” Martin said.

“It does not have a lot of potential in my opinion on a 10,000 acre farm in Western Canada.”

He said scanning for soil health and monitoring crops are also best done by a farmer in the field.

He said applying fertilizer and watering fields have also been described as duties drones could take over.

“I haven’t seen a fertilizer bin flying through the field yet,” he said.

“In our scale of agriculture, some of this is simply not feasible.”

There are also jobs that drones can perform but don’t provide a return on investment (ROI), such as detecting plant populations and calculating yield predictions.

“We’ve all had it or seen neighbours who had a shovel plug when they are seeding and you see those drill runs all summer, but knowing they’re there doesn’t change your decision in what you do,” he said.

“Simply flying in the air to see the same thing isn’t going to give you an ROI.”

It’s also difficult for a drone to provide a return on investment when it’s used to calculate plant height measurements in Canadian agriculture, and the same thing goes for measuring nitrogen content in wheat.

“I think that UAVs have a great potential for farmers to find areas of concern, but an agronomist or farmer needs to go out there because if the drone isn’t touching the plant, how do we actually get quantitative data for any macronutrient in that plant,” Martin said.

However, there are areas where Martin sees drones being very helpful to farmers, such as drainage.

“We fly topography generally in the spring before seeding has taken place or in the fall after harvest,” he said.

“We use the high resolution imagery to create very accurate topography models to see just where that water will drain.”

The drones fly a predetermined GPS grid taking high-resolution photos at the rate of approximately one per second, which generates 1,000 to 2,000 photos per quarter section.

The data is sent to large computers in San Francisco, which build topography, plant health, thermal imagery and other kinds of field maps.

“Hail, insect and wildlife damage assessment is not always the most scientific aspect of agriculture,” he said. “It’s hard to get enough data as fields get bigger and bigger to know that your assessments are within a tiny, tiny margin of error. And there are big dollars riding on this.”

He said flood or pesticide damage is also easy to assess from the air, and it benefits both growers and insurance companies.

“There is always an ambiguity of how accurate (an insurance assessment is), and I rarely see two people agree on what that number should be, Martin said.

“By letting a machine tell you what it is, you can now work with real quantitative numbers.”

“When we straight rate nitrogen, we either have to go low enough not to burn the hills or high enough to put in enough nitrogen for the low spots to be optimal, but we sacrifice on the hilltops because they’re getting burned,” he said.

Many companies that offer variable rate prediction map services use techniques that may in some cases be overly complicated, he added.

“Some great companies (are) doing (variable rate prescription mapping using) soil chemistry and NDVI sampling, and I think those are great things, but for nitrogen, I think things can be simpler than that,” Martin said.

“If we took that extra fertilizer from the top of hills that are sandy and not going to grow much and we put that down in the bottom and use elevation as a proxy for that rate … if we can use the same amount of product but grow more bushels, I think that’s a win.”

He said Martin Remote Sensing is just starting to experiment with this method to create variable rates prescription maps, but he see a lot of potential in the process.