What is Brushed and brushless quadcopter motor


The principle of motor rotation seems simple today. Generally, the junior high school physics class will talk about the principle of motor movement. Let's review it together now. First of all, we know the Faraday electromagnetic principle. When a current passes through a wire, a magnetic effect is generated. According to the right-hand rule, the current flows in the direction of four fingers.

We will use an electromagnet as the device for winding an iron rod with a coil. When the coil is energized, the iron rod will produce magnetism. Due to the magnetic effect of the current flowing through the coil, according to the principle of homopolar repulsion and opposite attraction, if the core of the iron rod is added to a rotatable shaft and a permanent magnet is added to the outside, as shown in the figure below: 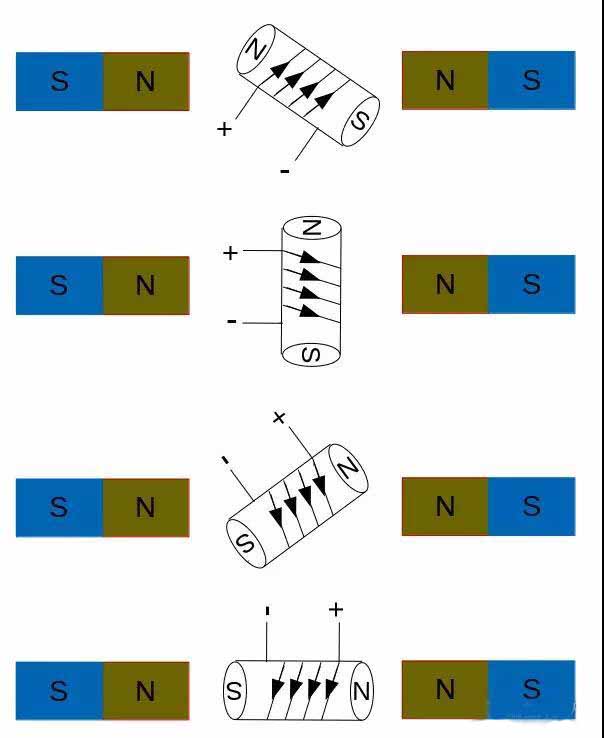 But there is a problem in this, how to make the electromagnet of the motor automatically change its current direction when it rotates to 180 degrees? In fact, this problem has been solved perfectly. Please look at the following diagram:

We call the continuously rotating part of the motor the rotor of the motor, and the stationary, fixed part is the stator of the motor. Generally, if the brush is rotated 180 degrees and the current direction is changed again, sometimes it will enter a dead angle at 180 degrees. So in most cases, the solenoid of the brushed motor is three sets of coils, and the brush has only one set. It can be turned under any circumstances, as shown below: 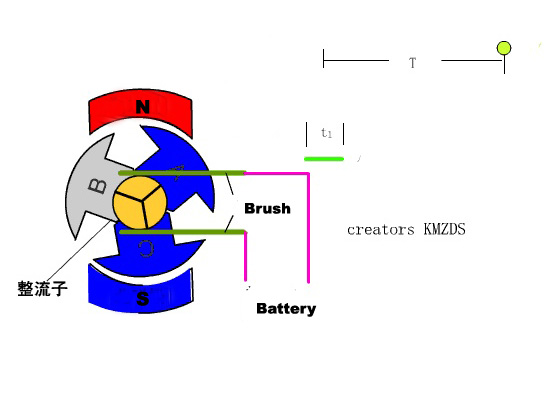 If you want to change the rotation direction of the brushed motor, just change the positive and negative poles of the motor power supply. For multi-rotor drones, small drones usually use brushed motors, such as hollow cup motors; while drones with large wheelbases, usually greater than about 200mm, use brushless motors. Let's take a look at the principle and composition of brushless motors together.


The motion principle of brushless motors is not fundamentally different from that of brushed motors. They both generate magnetic effects through the current flowing through the coil, which causes the same-sex repulsion and the opposite-sex attraction effect to rotate with the permanent magnet. Brushless motors, as the name suggests, are motors without brushes. The electromagnet of the brushless motor is fixed on the machine base and cannot be rotated, while the permanent magnet has a rotating shaft and is used as the outer shell of the electromagnet, as shown below:

Because the electromagnet cannot rotate, it is necessary to generate different magnetic fields by changing the electric current of the electromagnet, so that the external permanent magnet is rotated. For a brushless motor, it can be controlled by a three-way bridge connection and two-on conduction. When the rotor of the motor rotates 120 degrees, the inverter switches the current once and the magnetic state of the stator changes once: 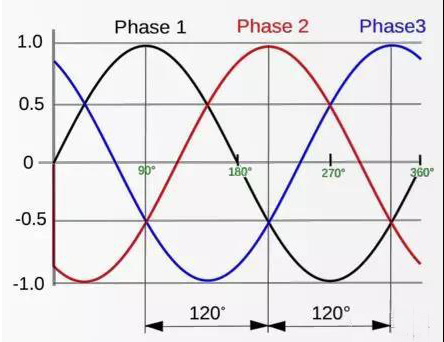 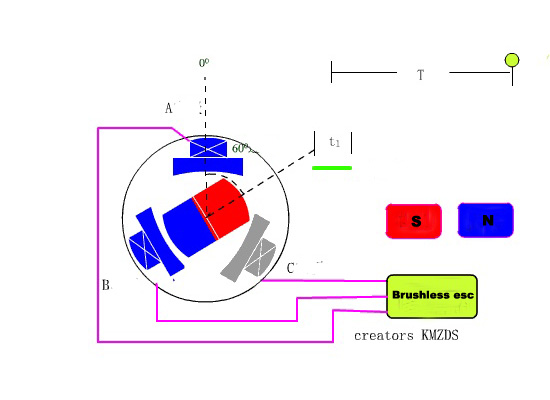 To change the direction of rotation of the brushed motor, just reverse any two of the three power cords. The rotating part of a brushless motor is a permanent magnet, also called a rotor; the non-rotating part is an electromagnet, also called a stator. The device that controls the electromotive force of a motor is called an ESC. We will learn the ESC control method in the next lecture.