Probably one of the first UAV crop sprayers, the Yamaha R-MAX and its predecessor, the Yamaha R-50, were developed in the 1990s in response to demand in the Japanese market for aerial agricultural spraying. The R-MAX allowed much more precise small-scale spraying, at a lower cost and lower risk than manned aircraft. The RMAX is a gasoline powered two-stroke engine with an estimated 1 hour of flight time. It has 2 x 8 liter spray tanks.

DJI’s Agras MG-1 agri drone is an octocopter designed for precision variable rate application of liquid pesticides, fertilizers and herbicides. It can carry up to 10kg of liquid payload with around up to 10 minutes of flight time for spraying applications. By integrating a microwave radar together with the MG-1’s intelligent flight control system, the aircraft is able to scan the below terrain in real-time, and adjust to keep a constant, centimeter accurate, height above crops. Spray density is maintained even as the terrain rises and drops, so that the optimal amount of liquid is applied at all times. 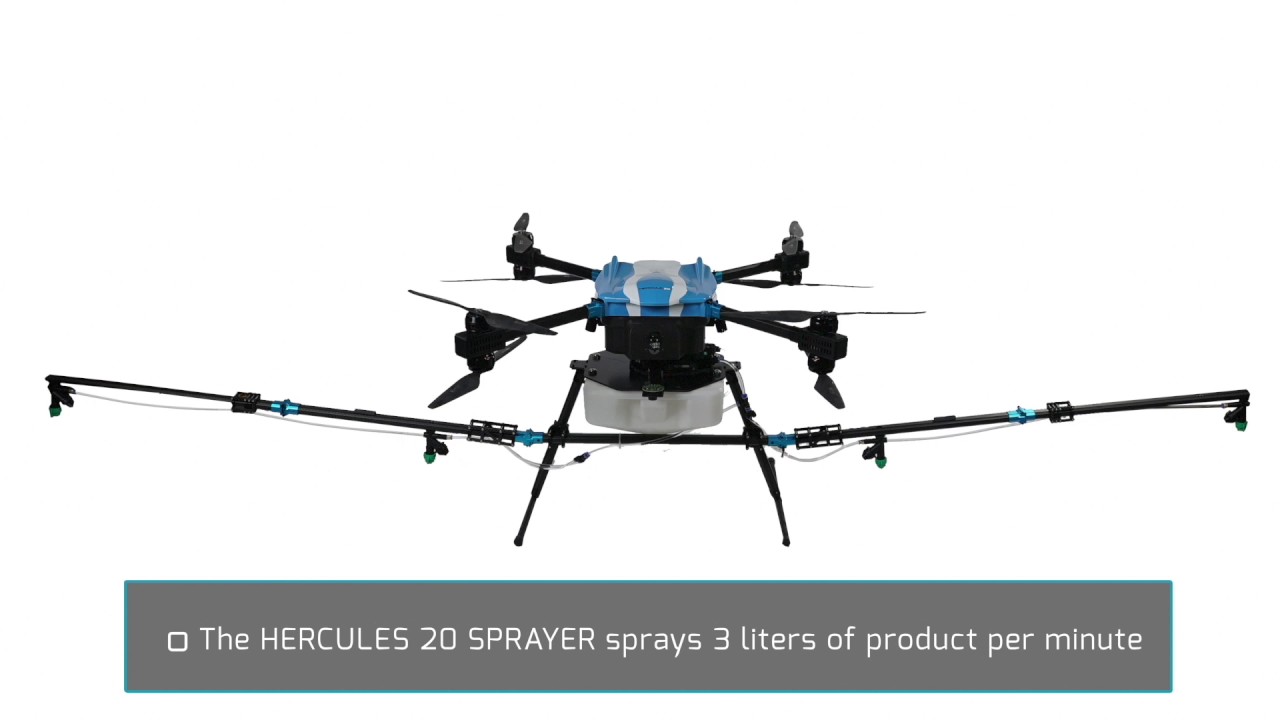 Drone Volt offers the Hercules 20 Sprayer Drone designed for an accurate and constant spraying of various surface treatment applications such as liquid pesticides and fertilizers. The flow is manually (with the RC) or automatically adjustable via the application / flight controller.  The drone is a fully foldable system that makes it ultra compact to facilitate transport.
The tank with integrated pump can load up to 12 liters for crop spraying, with a spraying width up to 3 meters.  The Hercules 20 can carry up to a 20 kg payload and can provide up to 12 min flight time with a 20kg payload.

The India drone manufacturing market is showing some signs of growth with several companies pursuing the industry.  For agricultural spraying multicopters, The Hindu recently reported that the Department of Agriculture Machines and Technology of the University of Agricultural Sciences had developed a multicopter for spraying pesticides on high and tall crops, particularly horticulture crops and paddy that always stand on water-filled fields. The equipment has a global positioning system which will help the drone spray pesticide on a particular area or field through satellite signals based on the field map provided.