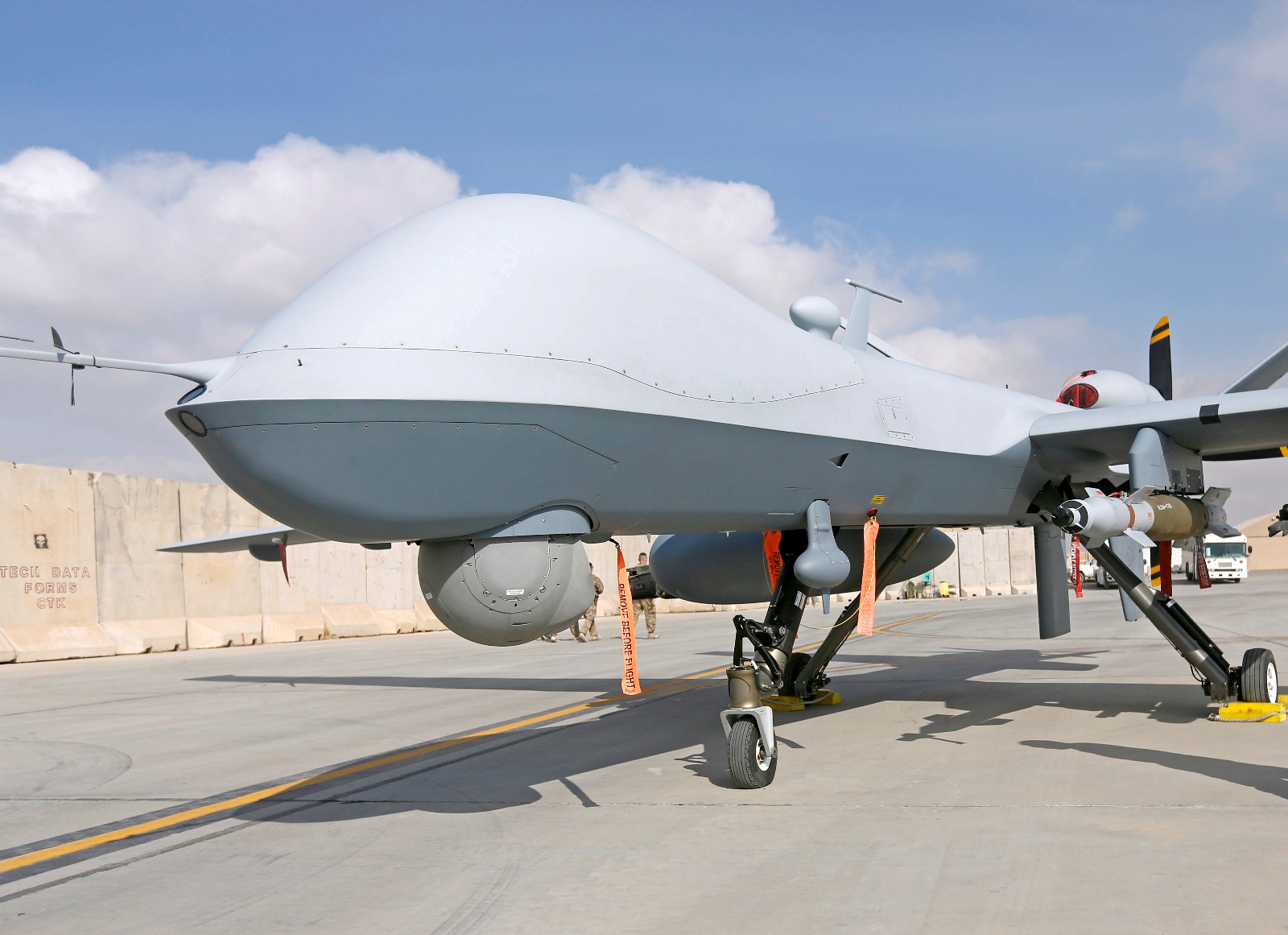 Reuters released exclusive news on the 6th that according to 6 sources familiar with the negotiations, the US and Taiwan authorities are conducting the first sale of at least 4 large advanced drones to Taiwan-the SeaGuardian reconnaissance aircraft. negotiation. Some Taiwanese netizens criticized the transaction as another protection fee, and some people used the US Secretary of Health’s “visit to Taiwan” to ironically said that in the eyes of Americans, a minister came to Taiwan to exchange 17.6 billion (New Taiwan dollars) orders. All cost-effective". It is reported that the "Sea Guard" is a special marine version of the U.S. MQ-9 "Reaper" UAV, which strengthens the reconnaissance capabilities of maritime targets and can mount weapons to strike targets. Reuters reported on the 6th that the "Marine Guardian" reconnaissance aircraft has a range of 6000 nautical miles (11,000 kilometers), which is much higher than the 160 nautical miles (300 kilometers) of the UAV currently equipped in Taiwan.

According to reports, two people familiar with the matter also said that the arms sales must be approved by members of the US Congress, and they may receive an official notification as soon as next month. Reuters said Congress can choose to block a final agreement.

Lianhe News.com stated on the 6th that if the previous transaction is used as a reference, the total value of the entire transaction will reach approximately US$600 million (approximately New Taiwan dollars) with 4 drones, plus ground station, spare parts, training and support costs. 17.6 billion yuan, or about 4.17 billion yuan).

Reuters believes that the relationship between Beijing and Washington is currently at its lowest point in decades due to multiple factors such as the new crown virus and the Hong Kong issue. This deal may exacerbate tensions in Sino-US relations.

MQ-9  is an unmanned aerial vehicle capable of remotely controlled or autonomous flight operations. The MQ-9 and other UAVs are referred to as Remotely Piloted Vehicles/Aircraft (RPV/RPA) by the USAF to indicate their human ground controllers.[4][5] The MQ-9 is the first hunter-killer UAV designed for long-endurance, high-altitude surveillance.[6] In 2006, the then–Chief of Staff of the United States Air Force General T. Michael Moseley said: “We’ve moved from using UAVs primarily in intelligence, surveillance, and reconnaissance roles before Operation Iraqi Freedom, to a true hunter-killer role with the Reaper.”[6] The MQ-9 is a larger, heavier, and more capable aircraft than the earlier General Atomics MQ-1 Predator; it can be controlled by the same ground systems used to control MQ-1s. The Reaper has a 950-shaft-horsepower (712 kW) turboprop engine (compared to the Predator’s 115 hp (86 kW) piston engine). The greater power allows the Reaper to carry 15 times more ordnance payload and cruise at about three times the speed of the MQ-1.[6] The aircraft is monitored and controlled by aircrew in the Ground Control Station (GCS), including weapons employment.[7] In 2008, the New York Air National Guard 174th Attack Wing began the transition from F-16 piloted fighters to MQ-9A Reapers, becoming the first fighter unit to convert entirely to unmanned combat aerial vehicle (UCAV) use.[8] In March 2011, the U.S. Air Force was training more pilots for advanced unmanned aerial vehicles than for any other single weapons system.[9] The Reaper is also used by the United States Navy, the CIA, U.S. Customs and Border Protection, NASA, and the militaries of several other countries. The USAF operated 195 MQ-9 Reapers as of September 2016,[10] and plans to keep the MQ-9 in service into the 2030s.

PREVIOUS：Drones inspection for mines NEXT：Volansi announces delivery of cargo drones in the U.S.